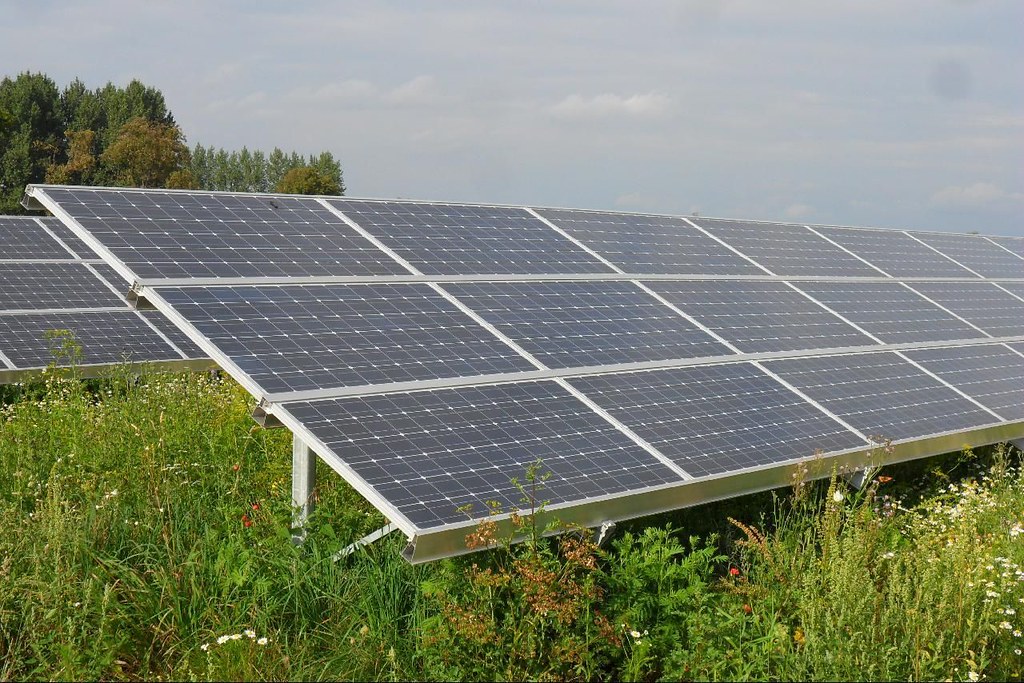 Traditional photovoltaic cells generate between 150 and 200 watts per square meter, but they require sunlight to function. (credit: Courtesy of Thomas Kohler via Flickr)

Solar cells, by definition, need sunlight—but not anymore. In an article published in the Jan. 2020 edition of journal ACS Photonics, University of California Davis electrical and computer engineering (ECE) Professor Jeremy Munday described an “anti-photovoltaic cell” that could generate up to 50 watts of power per square meter at night. To put this into context, a regular photovoltaic cell can generate between 150 and 200 watts per square meter. This new power source could have wide effects on both the climate battle and the stability of the energy grid.

Usually, photovoltaics work by absorbing light, causing a voltage to appear across the device, which then creates a flowing current. Anti-photovoltaics work not with light, but with heat. Instead of generating electicity from the input of light, these cells emit thermal radiation into the atmosphere, causing a negative voltage and a negative current while still generating power. Anti-photovoltaics must be kept relatively warm to generate power efficiently. Warm objects radiate thermal energy. That’s why, for example, we can use thermal imaging cameras to measure temperatures at a distance. Photovoltaic cells are made more efficient by staying cool, so a cooling system can increase the generation of traditional solar cells by almost 10 percent. Anti-photovoltaics, on the other hand, as long as they are pointed away from the sun and kept warmer than their surroundings, can continue to produce power during the day.

Anti-photovoltaics could solve the issue of plaguing energy grids with large deployments of solar cells, common in California. Currently, a huge strain is created in the power grid when the sun sets and traditional photovoltaics go offline. This phenomenon is known as the “duck curve,” and it is a major concern for the California power grid. During sunset, gas power plants need to be quickly maxed out to meet demand and offset the drop in energy production. These “peaking units” are subject to incredibly high operations and maintenance costs, since they undergo massive stress when shifting from low to max generation in a short period of time. These hasty transfers can strain and congest the grid’s transmission systems. Anti-photovoltaics can offset this duck curve issue since their power generation increases as traditional photovoltaics begin to drop off. Anti-photovoltaics could produce high returns if they are able to fill this gap in power generation and capitalize on the inflated price of energy.

Panayiotis Moutis, a Systems Scientist at the Scott Institute for Energy Innovation who teaches a class in energy markets and power systems, commented about this new technology’s effects in an email to The Tartan. “The duck curve from photovoltaic power dropping out, would be, at best, 25% smoother and, even worse, under the optimistic assumption that all photovoltaics are replaced by anti-photovoltaics and that their power would peak immediately. Such a scenario would somewhat relieve gas or other fast-responding units, but the problem would not go away. There does not seem to be a definitive path clearing away from this problem, despite, of course, the use of massive amounts of (still costly) battery storage acting as regulating buffers.”

Even though anti-photovoltaics represent a promising new perspective in energy generation, it seems that innovation in battery technology is the key to unleashing their potential and solving the world’s energy difficulties. Like traditional solar generation, the impact of anti-photovoltaic developments might not reach society for another generation. Yet, Carnegie Mellon University, an institution leading the world in technological innovation, must remain optimistic while striving to explore a variety of solutions to existential issues like climate change.