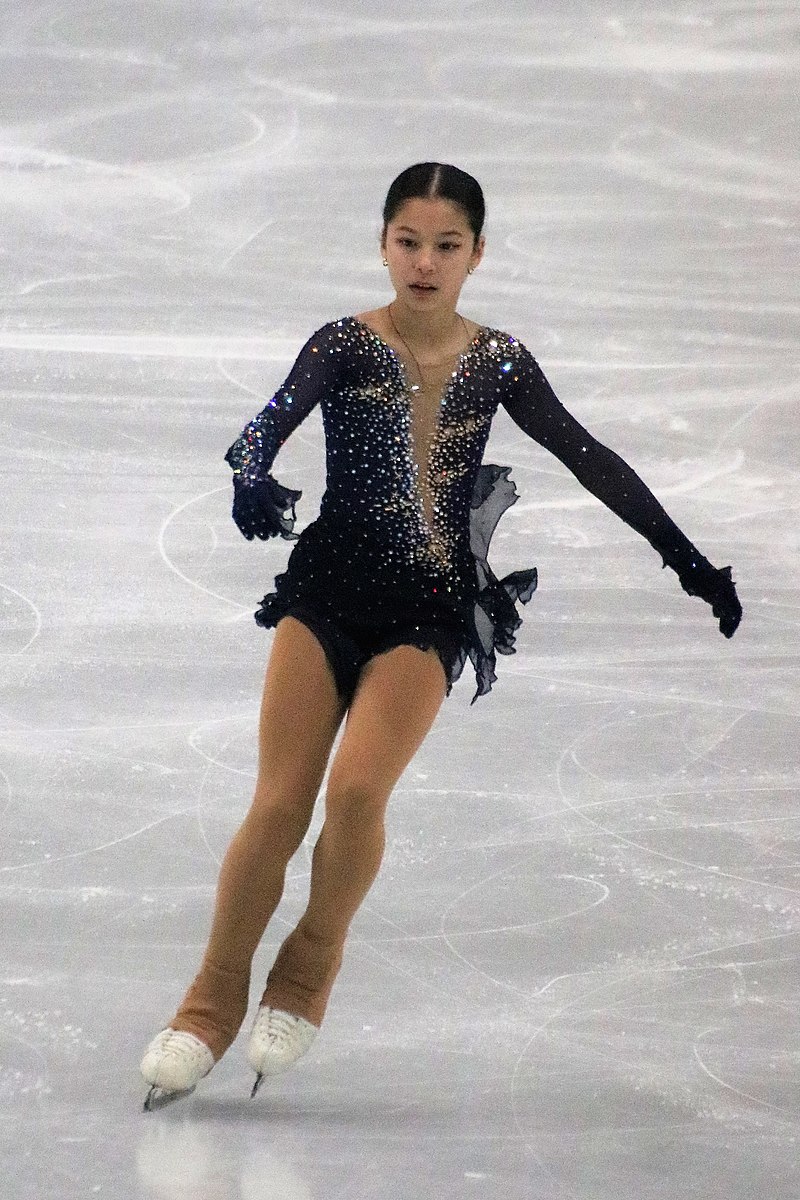 Alysa Liu competing at the 2019 ISU Junior Grand Prix Final in December, in which she scored a personal best and placed second. (credit: Photo courtesy of Luu via Wikimedia Commons)

Bradie Tennell, the 2018 national champion, was looking to reclaim her title from the 2019 national champion, Alysa Liu. Knowing her opponent’s free skate would include several big elements, Tennell needed to establish a solid lead with her short program. Skating to the rhythm of a Kirill Richter medley and with no room for error, Tennell opened her short program with a triple Lutz-triple toe combination, receiving a grade of execution score of 2.19, her highest of the program. She then followed that up with a double axel and a well-choreographed spin sequence to close out the first half of her short program. Tennell kicked off the second half of her routine with a triple flip that received a Grade of Execution (GOE) score of 1.89, followed by a fluid, energetic step sequence, finishing with a series of spirited spins.

Having received positive GOE scores on every element in her short program, Tennell’s score was almost guaranteed to be huge. With a technical elements score of 43.11 accompanied by a program components score of 35.85, Tennell’s final short program score of 78.96 surpassed the previous U.S. Nationals short program record by nearly two-and-a-half points, propelling her into first position going into the free skate.

At the beginning of the free skate, however, all eyes turned to 14-year-old Alysa Liu. Having won the Championship in 2019 to become the youngest U.S. figure skating champion in history at age 13, Liu was planning to do something big.

Skating to “Illumination” by Jennifer Thomas, Liu kicked off her free skate with a triple axel-double toe combination, receiving a GOE score of 2.40. Her second jump was to be historic: the first quadruple Lutz attempted by a woman at the U.S. National Championships. Though the jump was under-rotated, which resulted in a negative GOE score, Liu successfully landed the Lutz, becoming the first lady to land the jump, as well as attempt it. Following it up with another well-executed triple axel, along with a triple toe, Liu concluded the first half of her program with a flying combination spin.

Leading into the second half of her routine with a dynamic step sequence, Liu performed a flawless triple Lutz-triple toe combination, before executing an impeccable triple Lutz-Euler-triple Salchow. After a beautifully-crafted choreographic sequence and a triple flip, Alysa Liu closed out her free skate with a combination spin and a layback spin, having received positive GOE scores above +1 for every element she performed with the exception of the under-rotated (but nevertheless, historic) quadruple Lutz.

Receiving a technical elements score of 91.75 and a program components score of 68.37, Alysa Liu’s final free skate score of 160.12 far exceeded the 149.81 she needed to win the competition. Her combined score totaled 235.52—over 10 points higher than her closest competitor. This triumph also makes Liu the first woman since Ashley Wagner to win the U.S. Figure Skating Championships consecutively.

Although the Winter Olympics are still two years away, there are still plenty of competitions in the meantime for these ladies to compete in. It will be, without a doubt, an absolutely fascinating and thrilling experience to watch them continue to hone their skills and develop their routines. With the U.S. having spent over a decade without an Olympic medal in ladies’ singles, it is entirely possible that one of these ladies can end that drought.