Tech companies, too, pursue nothing but profit 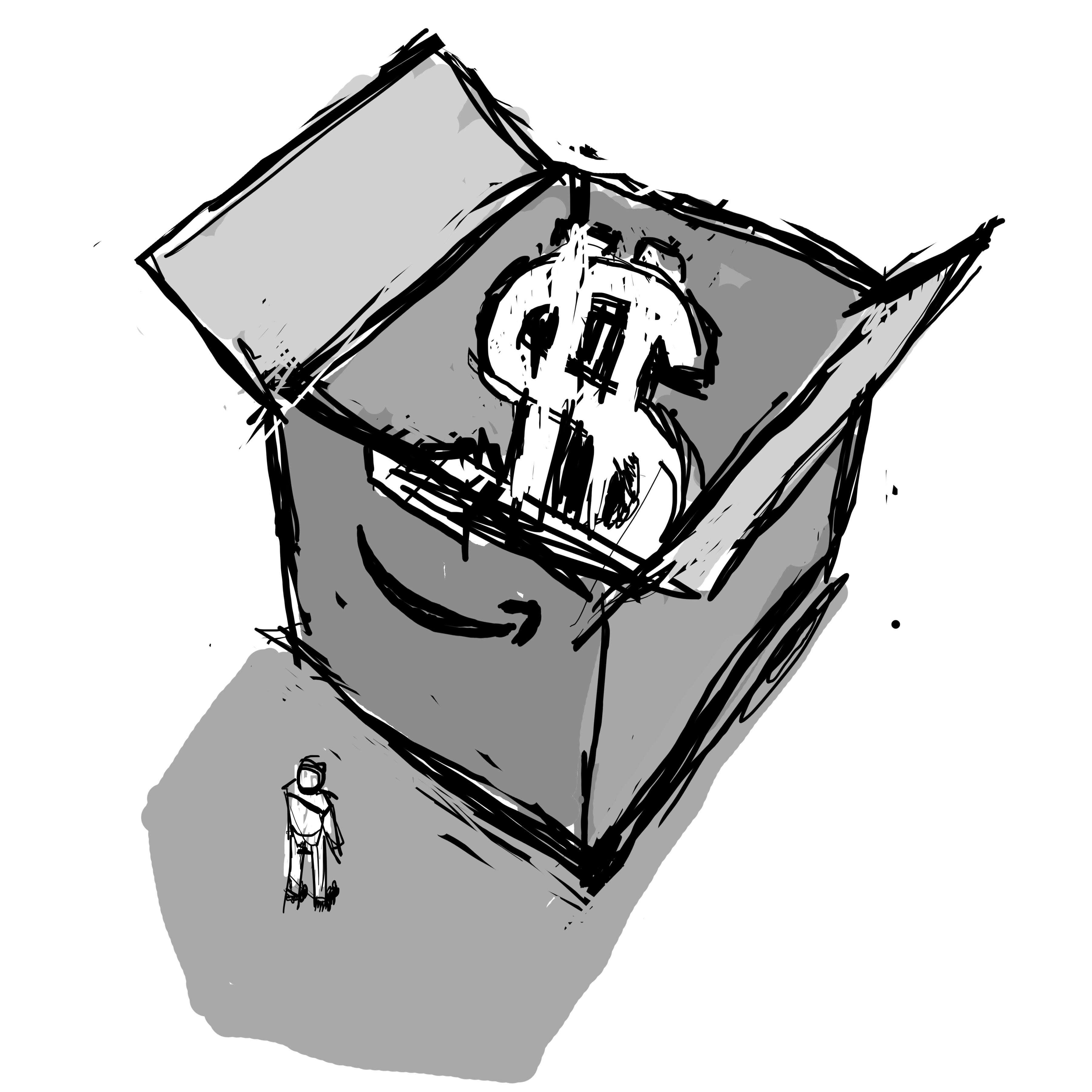 Amazon’s recent decision not to establish part of their new headquarters in New York following local outrage and municipal politicians unwillingness to agree to the $3 billion dollar subsidy deal. This decision has highlighted the characteristics of tech giants' relationships with the cities they are headquartered in. First, they’re smart to not pay money when they don’t have to. Second, they’re just like all the other companies you love to hate.

Amazon's decision to withdraw from New York came as a surprise after New York Mayor Bill De Blasio and Governor Andrew M. Cuomo declared a $3 billion dollar tax break in return for the promise of 25,000 jobs in the headquarters and at least $27 billion dollars in revenue generated by the company.

After protests against Amazon in Queens, New York, where the headquarters was to be built, and local lawmakers' unwillingness to engage in the subsidy deal, Amazon pulled out with no space for renegotiation. This abrupt shift brings to light the economic incentives driving the company. Though they might be everyone’s favorite delivery service and hip tech company, the forces that drive them are the same as most other corporations: pursuance of capital, and that alone.

The secrecy involved in the new headquarters search process was in service of one thing: what city or area would offer Amazon the most lucrative real estate and tax breaks. In response to Amazon’s cheerfully competitive videos that teased different possible headquarters locations, few were quick to criticize the search process. But what was going on behind the scenes was less a rational search process and more a means of pitting cities against one another and attempting to milk small municipalities for as much as they could offer.

The negotiation process was so secretive that lawmakers in the considered cities were forced to sign confidentiality agreements that barred them from even commenting on their existence, keeping cities from negotiating with knowledge of other cities' offers. This pitted them against one another in a disgraceful, exploitative silent auction, one that was ultimately decided by who could offer the most for the least.

In business terms, it's brilliant. Amazon CEO Jeff Bezos probably knew the most attractive places to create a new headquarters were those with unforgiving real estate market and high corporate taxes, like New York City, Northern Virginia, or California. That was the cleverness of the very publicized, yet extremely private search process: get places with high taxes to think they have to compete with low tax-low infrastructure municipalities. The plan clearly worked, at least partially, to attract lawmakers in Northern Virginia and New York City.

However, when the deal was publicized in New York, local lawmakers and residents alike were not thrilled with the deal that Amazon had negotiated with Mayor De Blasio and Governor Cuomo. After state lawmakers had negotiated that $3 billion in tax breaks were not in best interests of the area, Amazon made headlines for simply walking away from the deal.

There really could be no better example of a company’s true motivation than that. Amazon, with their lofty claims of job creation and investment, had valued their existence in the area at $3 billion, essentially to be footed by the local government. When this valuation of their presence in the area was challenged by the representatives of Queens, rather than renegotiate or budge, Amazon simply walked away.

The fact that they could just walk out on the deal with no renegotiation highlights both the immense power of Amazon and the gullibility of lawmakers and cities across the nation. Everyone had played Amazon’s competitive cities game, and the first time it faced an adversary in New York, Amazon knew it could just pull out of the deal and commit to greater investments in Northern Virginia, where they had already been promised cash grants of $22,000 per job created in the Crystal City location.

Amazon, as a corporate entity, already pays very little in federal taxes. This tax season, they’ll pay no federal corporate taxes. The only federal taxes the company pays are those coming from the pockets of employees in federal income tax, the rest of the corporate taxes are written off in deductions due to of Amazon's strategic payment of employees in stock, investments in research and development, and investments in properties and equipment.

Every dollar that Amazon saves in municipal taxes is a direct increase in revenue for the company, considering that their federal tax rate is already so low. So following a campaign that encouraged cities across the nation to engage in a silent tax break auction, Amazon should not be surprised that people were upset when the details were publicized.

The self-interested nature of huge corporations like Amazon cannot be forgiven by the potential benefits an area can receive when they arrive. It is true that Amazon can create many jobs, create real estate investment in the areas they settle, and have some positive benefits in general, but that doesn’t mean that municipalities should feel pressured to offer huge tax breaks as an incentive when Amazon clearly doesn’t need them.

Companies and their shareholders are driven entirely by the potential to earn a profit, and that alone. Though the campus community remains captivated by the allure of tech giants, seen in countless laptop stickers and the desire to earn prestigious internships and jobs, it is important to remember that large corporations like Amazon aren’t the cool tech utopias you might think they are; they are massive corporations whose unequivocal powers allow them to mold municipalities, avoid massive amounts of taxes, and earn incredible amounts of money for their executives and shareholders. Perhaps take that into consideration before bringing the vast knowledge you learn at Carnegie Mellon into the workforce.