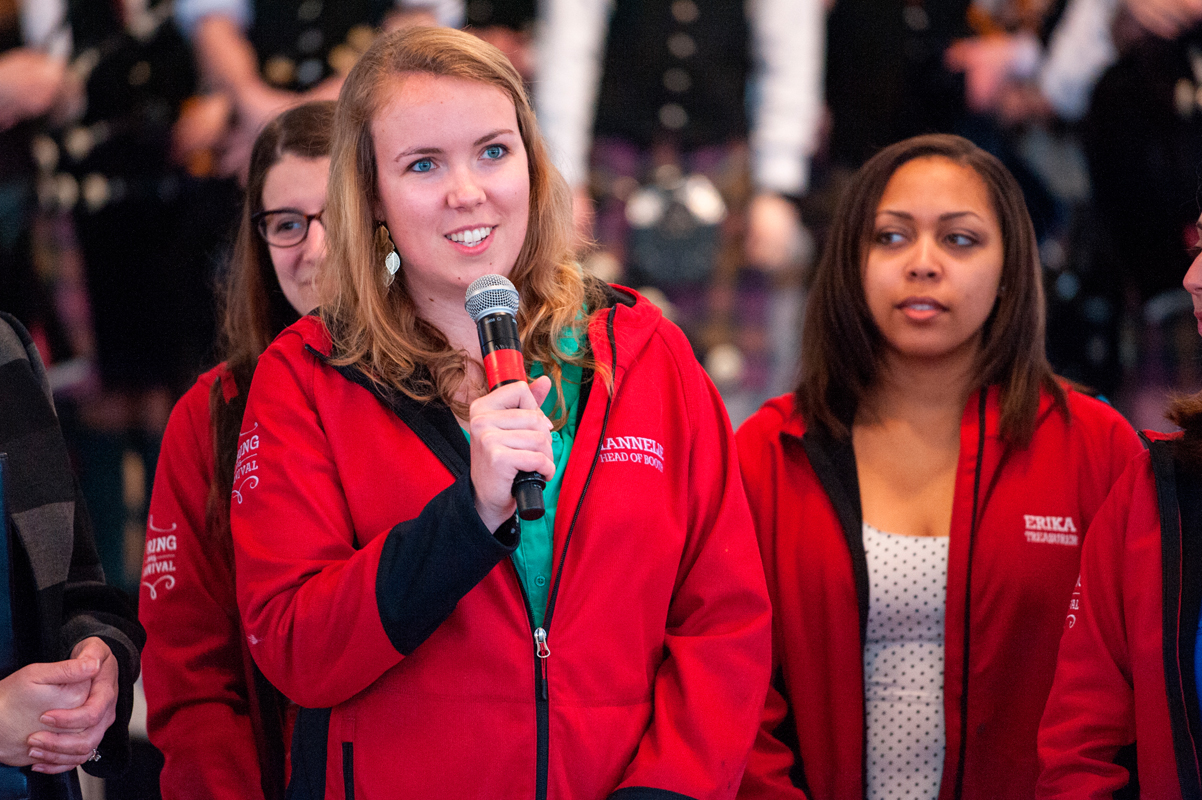 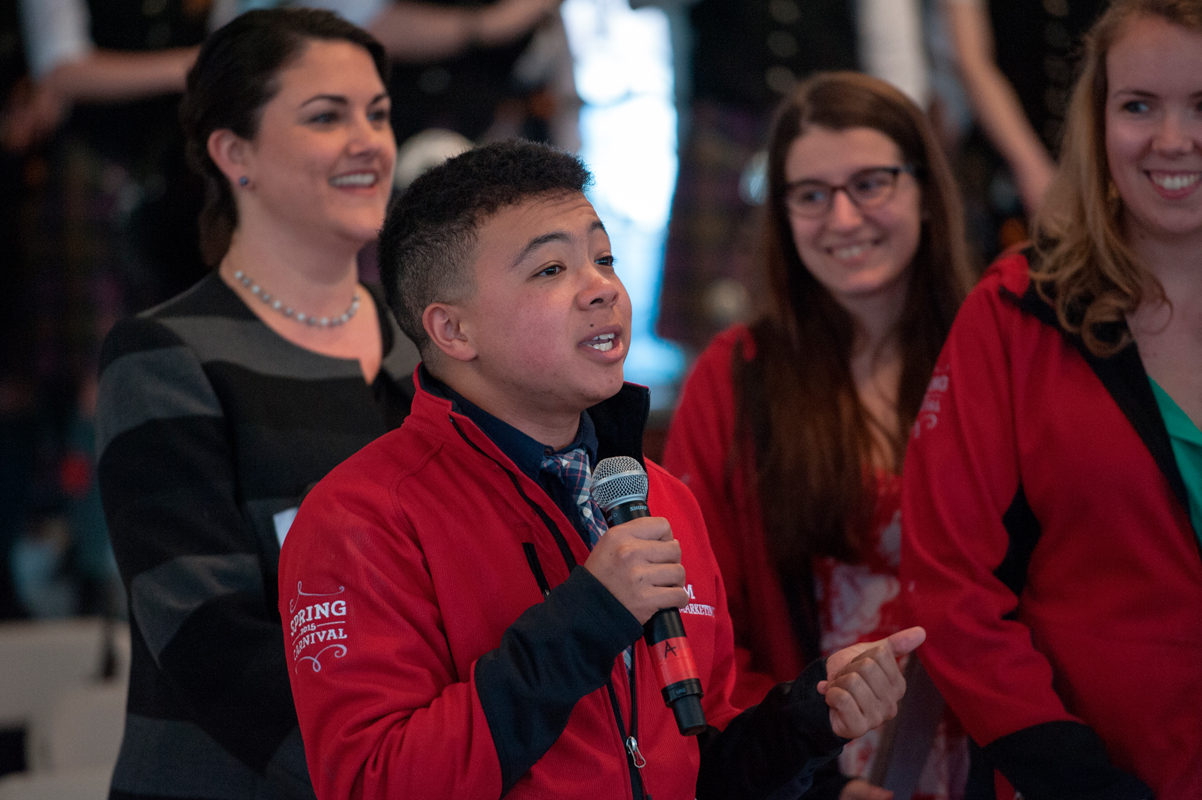 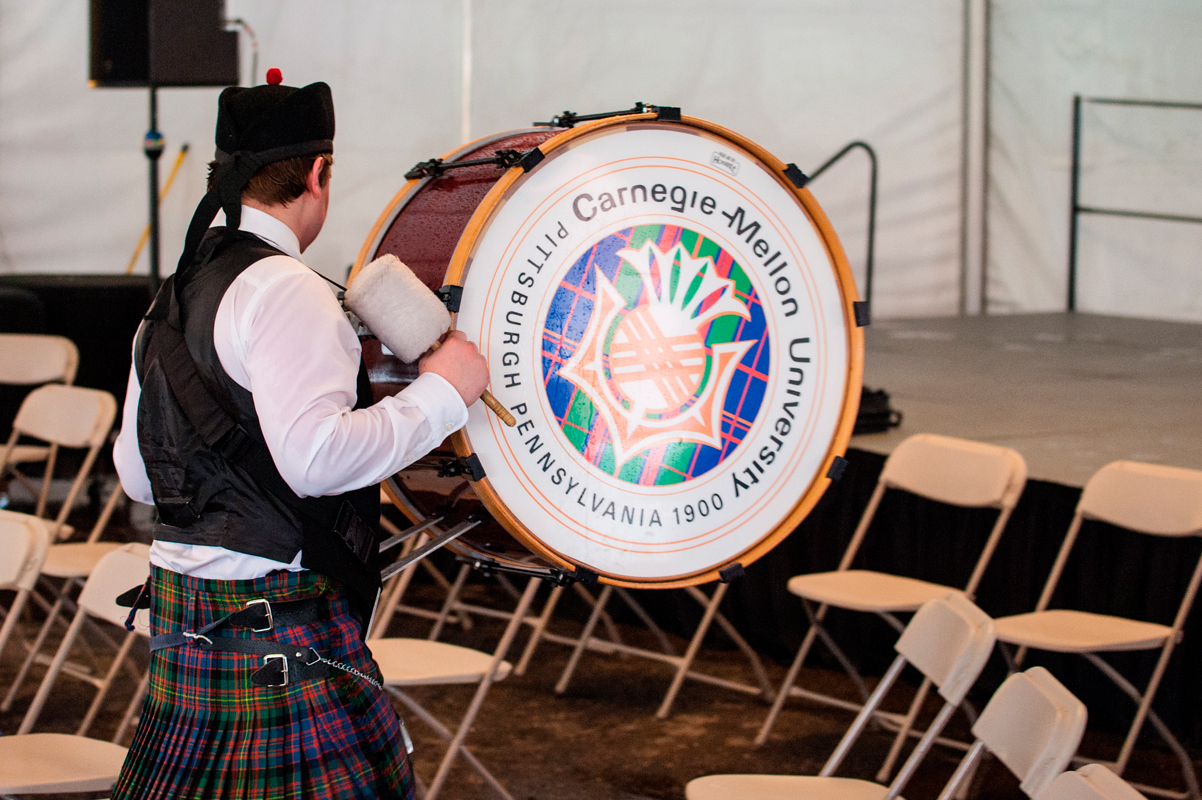 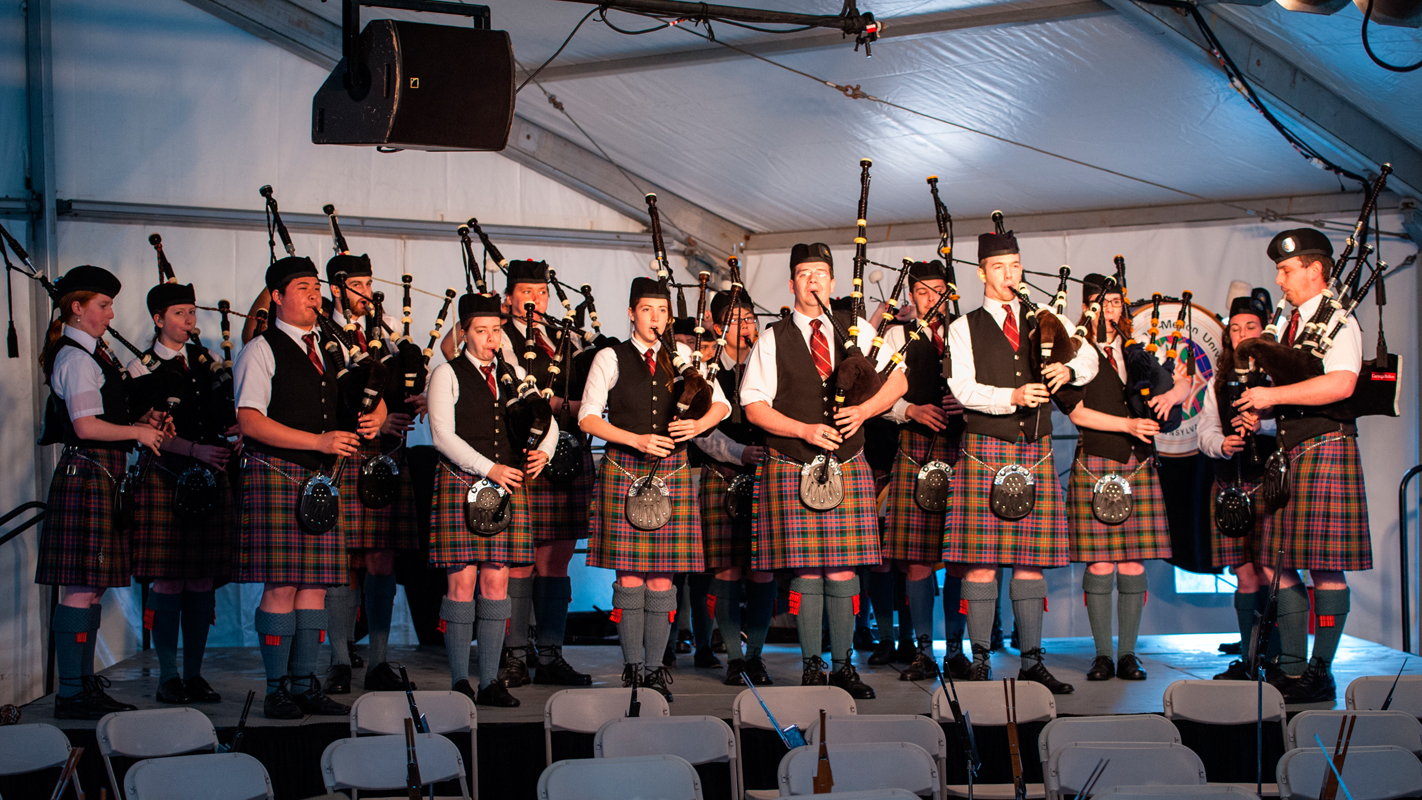 This year’s Midway Opening Ceremony for Spring Carnival paid a bittersweet farewell to its longstanding place on the Morewood Gardens parking lot. It touched on the new Tepper Quadrangle that would take its place, and reminded us of the philanthropy aspect of Carnival. True to Carnegie Mellon tradition, the air echoed with the sound of bagpipes as Carnival officially kicked off.

“Spring Carnival at Carnegie Mellon will always have a home,” Casalegno stated firmly.

Casalegno described this occasion as “momentous,” drawing parallels between the all-encompassing essence of Spring Carnival and the interdisciplinary nature of the future Tepper Quadrangle. The Quadrangle is scheduled to be built on the Morewood gardens parking lot, making this occasion also a hand-off.
“[The Tepper Quadrangle] is a new chapter in our campus history that will bring together the whole of our campus … where collaboration will reign,” Casalegno said. “It will be a place where innovation will thrive.”

As for Midway’s new home on the CFA lawn, Casalegno points out that it would be closer to other Carnival activities such as Sweepstakes, more commonly known as Buggy. It would also be located at a more central location on campus, situated against a backdrop of the College of Fine Arts building and modernistic Hunt Library, which often lights up at night in colors.

Toward the end of her speech, Casalegno said to the audience, “You all should be very proud of your efforts and in bringing to the Carnegie Mellon campus this wonderful weekend”.

Casalegno concluded by cutting the ribbon to Midway’s entrance. The Carnegie Mellon Pipes and Drums pipe band played several songs. A couple members of the Spring Carnival Committee then took the stage to speak about the philanthropy of Carnival.

Senior communication design major and head of design and marketing for Spring Carnival Sam Ahmed commented, “As head of marketing, something I’ve really been trying to do this year is bringing Carnival to a position where we can give back to the community.”

Ahmed spoke about this year’s philanthropy partner, Habitat for Humanity of Greater Pittsburgh, an organization that aims to eliminate “substandard housing in Allegheny County and to make decent shelter a matter of conscience and action,” according to its website. The organization builds and restores homes with the help of local volunteers, low-income families (for whom the homes are being built), and donations.

Ahmed pointed out two different ways that people could donate. One way is to vote for a favorite booth by placing money in its corresponding donation box. The second way to donate would be through a crowdrise.com campaign, which could be found either online at the Carnegie Mellon Spring Carnival Facebook page or at www.crowdrise.com/cmucarnival.

As the ceremony concluded with performances by the Kiltie Band, audience members began to stream out of the tent to peruse the newly opened booths on Midway.
The finale of the ceremony marked the beginning of a long weekend filled with campus-wide events involving both current students and alumni, a weekend that would provide a breather for students who were ready to relax and have fun.