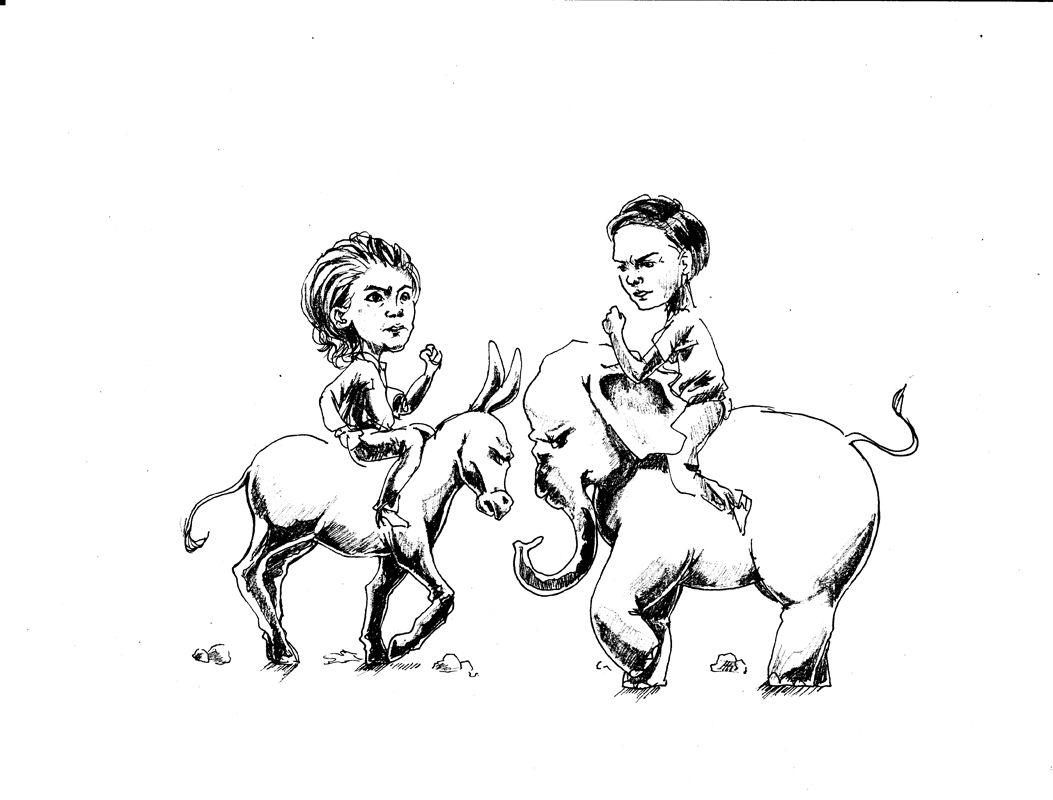 Rubio represents threat to future of Democrats Clinton not yet a proven progressive (credit: Eunice Oh/Art Editor)
Editorials featured in the Forum section are solely the opinions of their individual authors.

Junior United States Senator Marco Rubio (R-FL) announced his candidacy for president last Monday. Rubio’s announcement should be troubling to the left side of the political spectrum.

Whether it’s in 2016 or beyond, Rubio represents the Republican Party’s major advantage over Democrats: young and recognizable faces. While former Secretary of State Hillary Clinton seems to be the only candidate from the Democrats with credible momentum, the Republicans have a bench of five legitimate presidential candidates and a whole host of faces who we may see in 2024 and beyond already making names for themselves.

This development not only puts the Democrats in a bad position for the near future, but it also undercuts the liberal message that Republican politics are relics of a bygone era. It is hard to sell the party of new ideas with old faces.

Rubio, along with Senators Rand Paul (R-KY) and Ted Cruz (R-TX), is a member of a sizable bloc of the Republican presidential field comprised of candidates at least fifteen years younger than Clinton. However, unlike Paul and Cruz, Rubio poses a very immediate threat to Clinton’s candidacy.

Paul has alienated some of his father’s libertarian base by shifting to the center on several issues, including foreign policy, and he often makes a fool of himself in public appearances where he can be bumbling or overly aggressive. Cruz is a shrewd politician, but ultimately lacks the support of both Republican Party voters and leadership due to his penchant for turning important political maneuvering into purity contests. Rubio, on the other hand, is a very talented orator with a fresh face and a knack for reaching across the aisle when the time calls for it, despite being a bit further from the center than most of his party.

If that sounds familiar, that’s because it is. Rubio’s candidacy will be a repeat of President Barack Obama’s battle for office from day one. If Rubio can survive the crowded field of Republican candidates — his numbers look better every day — he will have the exact same kind of appeal that crumbled Clinton’s attempt for the office in 2008. Rubio has been teaching classes at Florida International University on the effectiveness of Obama’s campaign for several years now, and many of the tricks Obama used to pull the rug out from under Hillary will be in play next November.

Rubio is not particularly likely to win the Republican nomination, and he’s no lock to beat Clinton in a general election either, but he poses the most compelling threat in a minefield for the presumptive favorite. Not only is he an immediate problem for the Democrats, he represents a demographic change within politics.

Names like Rubio, Cruz, Paul, Representative Paul Ryan (R-WI), and others are already visible on the national stage. Rubio may not be keeping his Senate seat after the election, but plenty of people are right there to take his place. The Democrats have some serious rebuilding to do. Promising young Democrats have either been voted out of the picture, like Representative Patrick Murphy (D-PA) in 2010 and gubernatorial candidate Arthur Davis from Alabama in 2011, or have drifted more toward state rather than national politics like lieutenant governor Gavin Newsom from California.

Things like the Emerging Democratic Majority — a silly proposition relying on cherry-picked elections data and completely ignoring the effects individual candidates have on independent voters — won’t save the party if new players don’t emerge from the woodwork fast. Hand wringing about the demise of the Republican Party stems from two faulty assumptions.

The first is that Republican demographics are dying out, both literally and figuratively, and cannot sustain the numbers to win seats. This is false on two levels. Republican voters are significantly more likely to vote in non-presidential elections, and split-ticket voting has resulted in many people voting for Democratic executives and Republican legislation. Holding the House and Senate puts the Republicans in a very advantageous position in terms of passing laws.

The second is that the Republican message is outdated and unable to change. Republican politicians who are in office now are going to be around for a long time, and many of them have progressive versions of the future that stick to Republican ideals. Politicians like Ryan and Rubio have explicit policy platforms for alleviating economic inequality without extensive government interference.

Valence voters and other voters who care more about candidates than parties are an important voter bloc that is often won through familiarity. Ceding that ground will always be dangerous. The Democrats are okay but vulnerable for 2016. Beyond there, the party better hope for a name like Rubio.