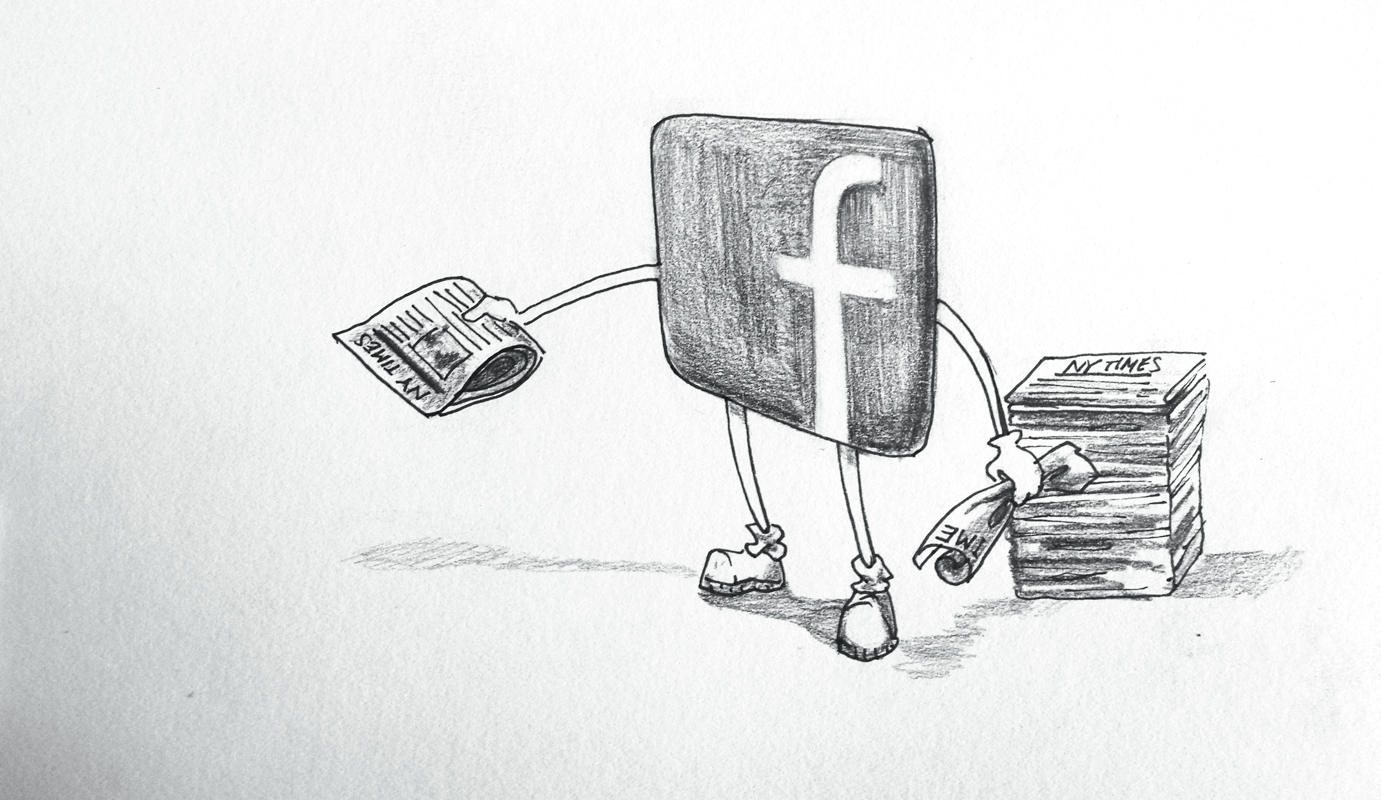 This week, The New York Times announced that Facebook is in talks with news sites about hosting content within Facebook instead of linking articles to external sites.

The plan is meant to create a more user-friendly experience for Facebook users, especially on mobile devices, where clicking away to another site can be clumsy and slow. Expected partners include The New York Times, National Geographic, and Buzzfeed.

This move generates some murky legal waters for Facebook, which would host and display the content. Ownership and publishing rights are still in negotiation. Facebook has never before had revenue-sharing agreements with publishers, but now is discussing ways for publishers to make money from advertising revenue.

While this agreement could lead to a "seamless" media consumption experience, as Facebook proposes, it also carries serious implications for digital journalism. When profits are driven by advertising revenue, media outlets are tempted to produce "clickbait" stories eye-catching enough for casual consumers scrolling through Facebook. This has two consequences: Sensationalist journalism or non-substantive journalism. Both can be dangerous if they distort reporting.

If news outlets forfeit ownership of their content, they also forfeit some degree of control over display and presentation. Even if they retain ownership, the data that comes from site traffic would no longer go to news outlets. They would lose information about their reader base, while Facebook would gain even more data about users' news consumption habits.

Such a partnership is also likely to be limited to large-scale media outlets with the resources to reach Facebook. Smaller publications or niche stories could be lost.

As a news source, The Tartan is watching the evolution of online journalism very closely. Our own negotiations with USA Today over a joint mobile app raise similar questions about content, ownership, and access for readers.