To save the environment, save the giant pandas 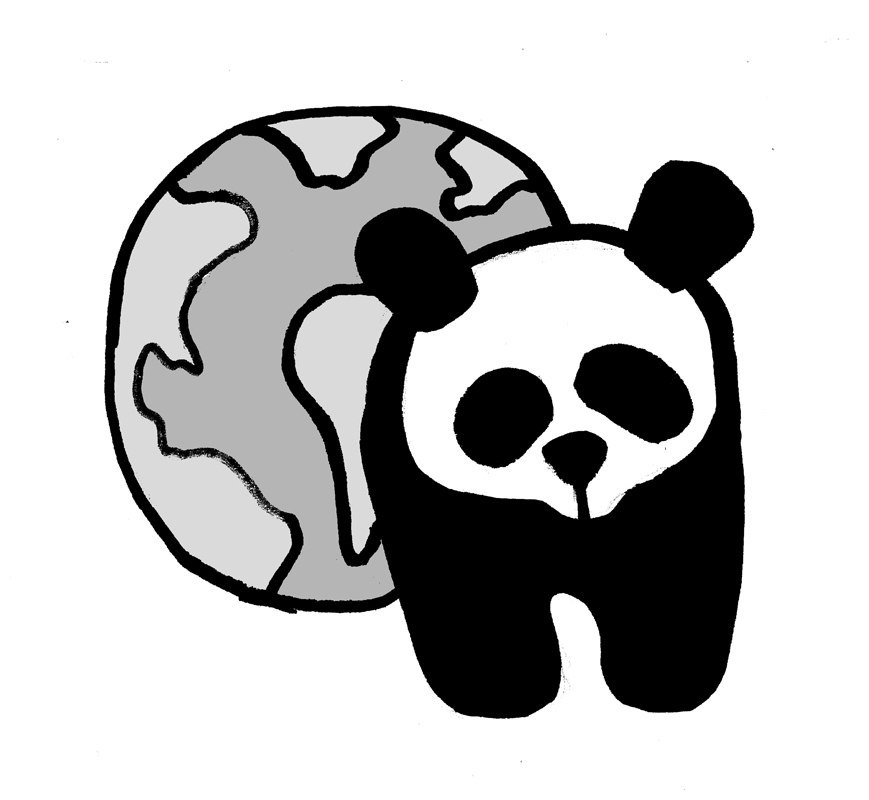 Credit: Braden Kelner/Forum Editor
Editorials featured in the Forum section are solely the opinions of their individual authors.

Timothy Lavin, an editorial board member of Bloomberg, published an article
in late August titled, “Why I Hate Pandas and You Should Too.” Having carried a panda cub in my youth in the Chengdu Research Base of Giant Panda Breeding and seen two cubs mature in Hong Kong’s Ocean Park, I cannot help but to disagree with Lavin because his arguments and interpretations of declining panda populations and evolution are misled.

Lavin calls for pandas to be let go — for humans around the world to leave pandas alone to slowly die off. He states, “Darwinism isn’t for crybabies,” and points to their sluggish natural breeding habits as the main reason for their decline. To a certain extent, he is right. Pandas have trouble reproducing: The Washington Zoo had to resort to artificial insemination to get their pandas to produce offspring. Lavin then points to the biological structure of pandas, saying that eating bamboo all day is speeding their own demise. He also calls attention to the costliness of maintaining a panda. Canada spent $10 million last year on maintaining pandas and paying China to rent them, as all pandas are owned by China.

He then brings up and mocks China’s efforts to reintroduce the species into the wild: “Researchers dress up in preposterous panda costumes ... hoping to fool cubs into thinking they’re a relative.”

First off, Levin’s statements lay close to the topic of eugenics and all the atrocities that come along with that, but many of his facts are facts. Yes, the panda is ill-adapted. It has the body and teeth of a bear, yet it eats bamboo all day. This habit is where Lavin got his facts wrong. From a simple, cost-benefit analysis, it’s clear that it is more efficient for a panda to lie around all day and grab bamboo — the fastest growing grass in the world — than for a panda to chase prey around a forest or claw at a river. Pandas, in some ways, are lazily efficient.

What about Lavin’s fact about breeding? It’s a little off as well. It is incredibly hard for researchers to understand the mechanics and general aura for animals to breed. Cheetahs do not breed well in captivity. Pandas don’t either. It’s a fallacy to blame pandas for not breeding well; it’s just that humans haven’t discovered the entire process and life cycle of the giant panda, as it is incredibly hard to find one in the wild. Why is it hard to find them in the wild?

Humans have disturbed habitats like no other organism. They have destroyed the colorful biodiversity all around them, and that’s why pandas are stuck in captivity. It’s the only option for them until humans take giant leaps in researching the life cycle of the giant panda. Extensive human incursions into the panda habitats in the Minshan Mountains in China have threatened around 40 percent of the population, according to Conservation.org. By saving the panda, we are also saving the biodiversity of the habitat around pandas.

It is imperative to protect biodiversity. Darwinism should not refer to animals dying off but to the incredibly diverse array of lifeforms on this planet. So no, Darwinism is not a harsh truth that we have to face, but something we’re supposed to embrace. We must embrace pandas as a diverse species like no other. It would be an incredible waste if let the only species of giant panda die off. Furthermore, pandas survive in a rich, diverse environment. According to the World Wildlife Fund (WWF), by saving the panda, we are also saving the natural balance of the ecosystem. Pandas have disappeared from these environments, and their numbers are slowly on the decline. Researchers are racing to find out how to best reintroduce pandas into the wild and preserve this fragile balance.

The seas all around us are devolving because of humans. We have reached too far and fished too much, and nature is paying the price. Coral reefs now become green algae-infested murky depths, and entire food chains have been disrupted. Rainforests around the world have been devastated by deforestation. According to the WWF, 17 percent of the Amazon has been lost in the last 50 years. Deforestation leads to a loss of biodiversity and heavy erosion, which heavily changes water patterns within the landscape, and can heavily impact even more organisms. For pandas, there are so little left that the main habitat is the Minshan Mountains, which houses 45 percent of the wild panda population. That 45 percent represents around 720 pandas. We need to protect pandas because we have to protect what we as humans have left.