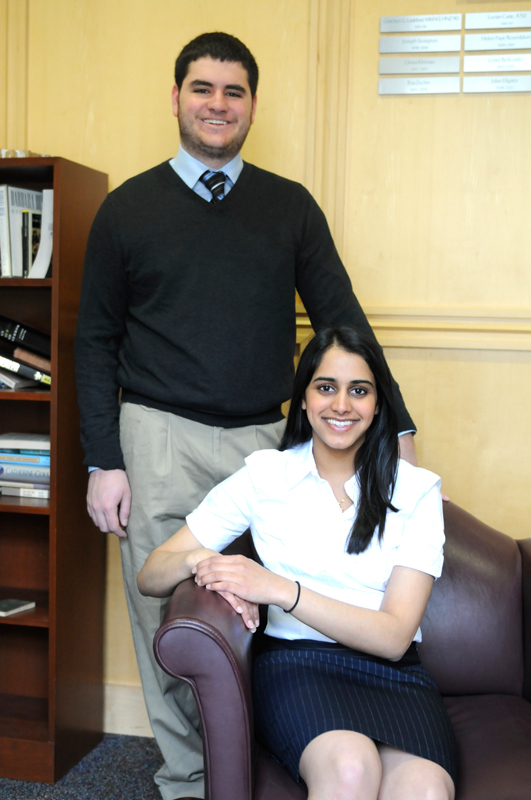 The Undergraduate Student Senate unanimously voted at its meeting Thursday night to hold impeachment proceedings against Student Body President Jake Flittner. The motion for impeachment was made by Senator Jonathan Mark, a junior drama major.

Senate Chair Will Weiner, a junior social and decision sciences and statistics double major, said the motion to impeach Flittner was “on the grounds of him not fulfilling his constitutional duties.” Weiner added, “The general feeling is that [Senate] wanted to make a statement that student government is something that should be taken seriously and should be held accountable, and if people aren’t fulfilling their constitutional duties, there should be something done to rectify that situation.”

Mark said that Flittner’s job as student body president was “unsatisfactory” and that “the feeling wasn’t exactly new.” Mark also said that Flittner was not present at Thursday’s meeting to hear of the request for impeachment. As president, Flittner is required to attend or send a representative to every Senate meeting.

According to Mark, the request for impeachment was not meant to humiliate Flittner, but to make a statement about the seriousness of student government positions.

“We’re not trying to hurt Jake,” he said. “Also, we’ve seen some people who think running for a student government position is a joke, and we want to show people that that is not the case. When there’s a bad cog in the system, you get to a point where it looks real bad for student government.”
Student Body Vice President Sangita Sharma, a junior materials science and biomedical engineering double major, did not agree with how Student Senate members handled the situation. She felt that none of the Senate members was up-front in communicating their dissatisfaction with Flittner.

“I respect them for trying to set a higher standard for future student government executive members, but overall I just wish they went about it in a different way,” Sharma said via email. “I guess this is a personal thing, but I am a confrontational person, so if I do not agree with the way someone is working then I will address them personally before I make it public.”

According to the Student Body Constitution, a request for impeachment requires a three-fourths supermajority vote at a Student Senate or a Graduate Student Assembly (GSA) meeting, or a petition signed by 500 students. The unanimous Senate vote means that, unless Flittner resigns, impeachment hearings will be held at a joint meeting of Senate and GSA. The meeting will take place within three weeks, and a three-fourths supermajority vote from both Student Senate members and GSA members will result in Flittner’s removal from office.

During the impeachment proceedings, Weiner and GSA President Jason Imbrogno, a Ph.D. student in economics, can appoint a member of the student body to fulfill the president’s duties. Weiner and Imbrogno appointed Sharma to that position Thursday night, and she accepted. In the event that Flittner leaves office through impeachment or resignation, Sharma can serve officially as student body president. “Jake is not entirely gone, but essentially, his powers are suspended,” Weiner said. “From my knowledge of student government, [impeachment] has not previously happened.”

Mark, reflecting on the outcome for the remainder of the semester, said, “I don’t know if we’re going to see very visible things on campus this rest of the semester, but policy changes might happen to make everything run smoother next semester.”

Despite the motion for impeachment, Sharma remains optimistic. “I am not sure where we will go from here,” she said via email, “but I am looking forward to improving relations between Senate and student government executive members.” Sharma plans to support Flittner during the impeachment process.

“After reading Jon Mark’s explanation for Senate’s decision, it is clear that confusion and miscommunication exists [sic] since certain points are entirely unfounded,” Flittner said in an email. “If Senate Exec would have come to me personally about the matter I know that several of their points of contention would have become entirely mute [sic].”

He urged students to go to cmusenate.org for updates.