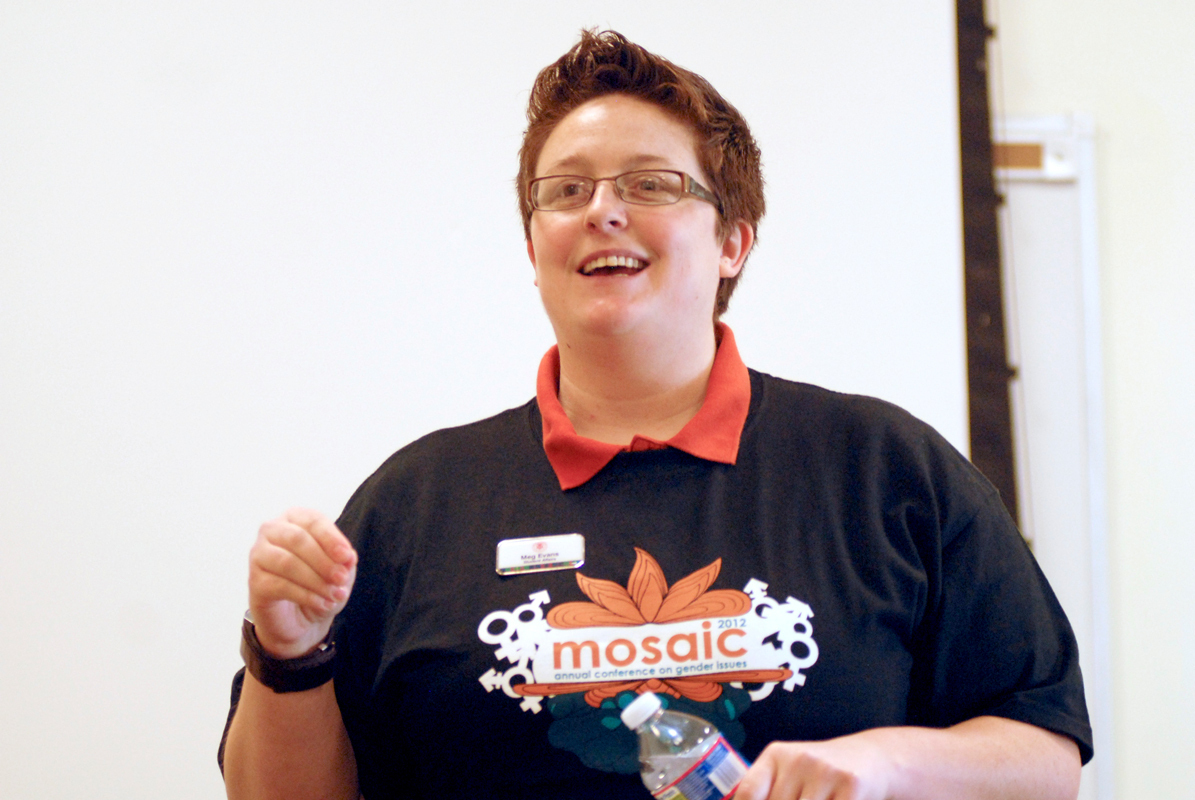 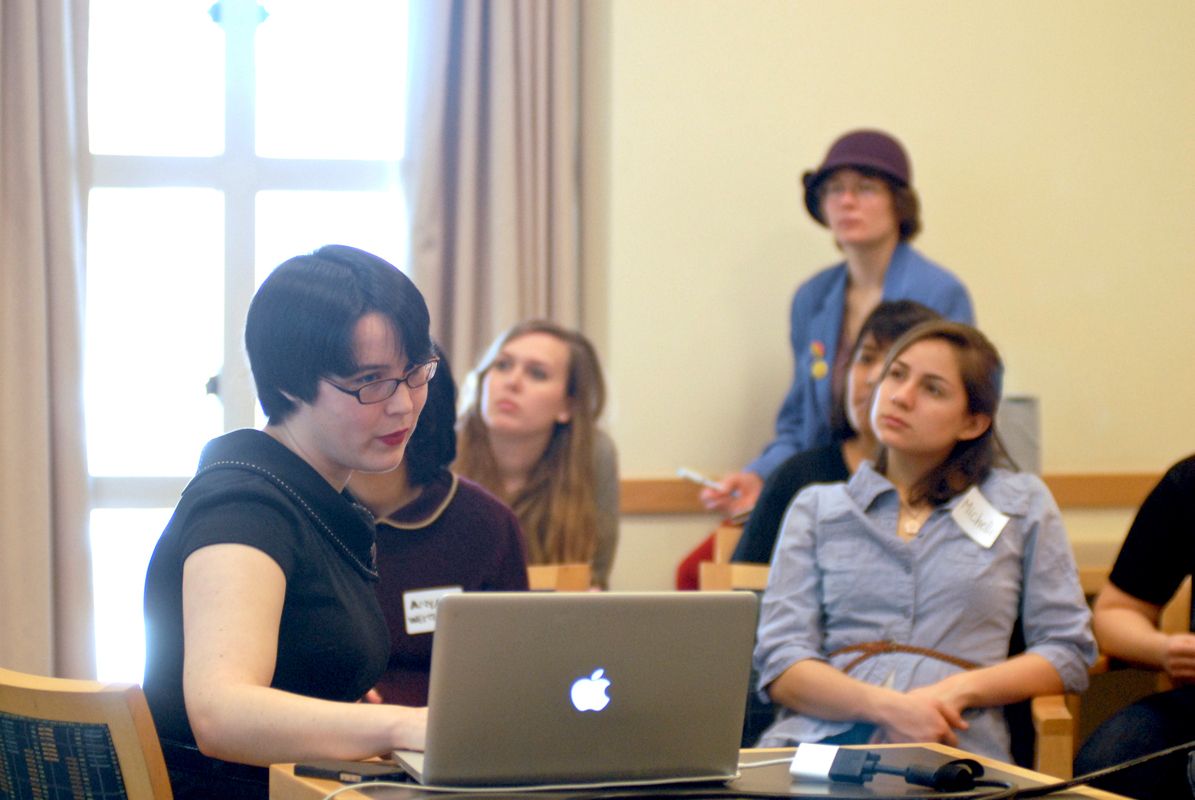 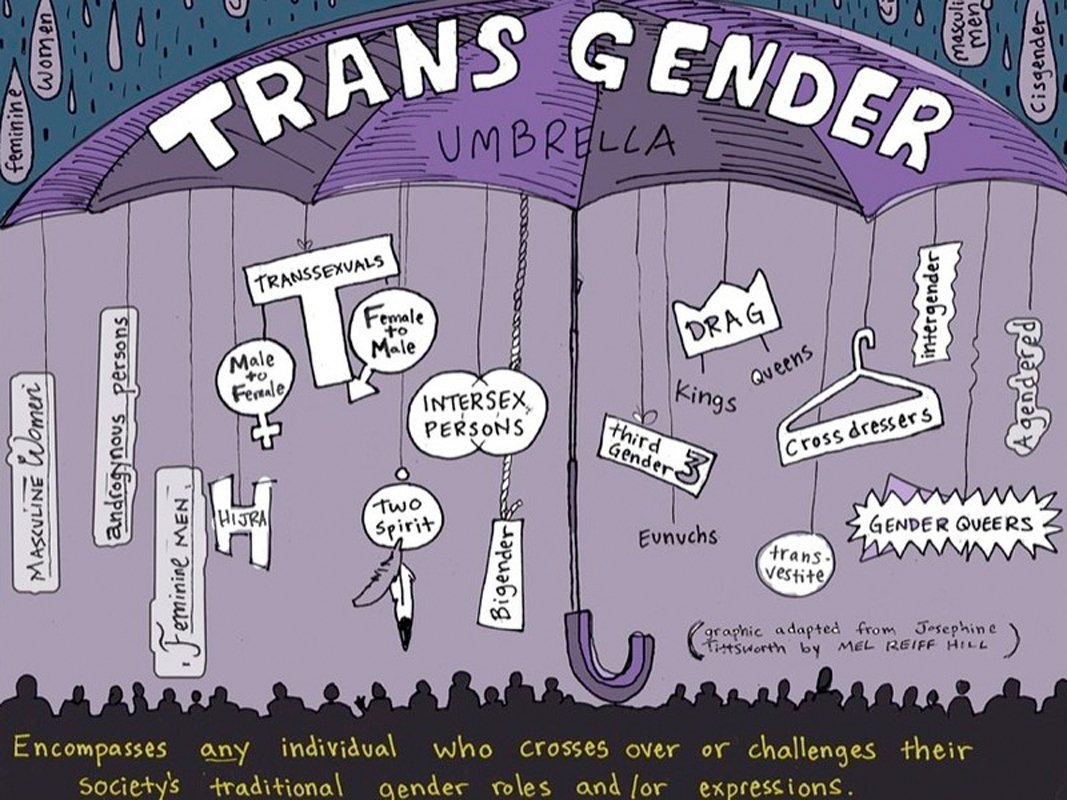 When registering for the conference, attendees received a folder with a schedule of the day’s events and other informational material like this infographic of the transgender umbrella. (credit: Courtesy of thegenderbook.com)

From street harassment to religious gender implications, Sunday’s MOSAIC Gender Conference brought rare but important discussions of social gender constructions to center stage. Every year, the MOSAIC conference tackles issues of gender and explores them in unconventional ways. This year’s conference featured sessions led by faculty, staff, students, and guest speakers — each exposing attendees to provocative and insightful material on the ways in which society constructs gender.

Katherine Bates, a member of the MOSAIC planning committee and a senior cognitive psychology major, was optimistic about the 2012 conference. Speaking before the conference, Bates said, “This year we have more people registered, more people talking about the issues.” According to Bates, the target of the conference is “to get all of us talking about issues that we don’t really think about.”

Organizers and supporters of MOSAIC were enthusiastic about the awareness and discussion that the conference has raised in years past. “I think it does a really great job of bringing those issues to campus,” said Lisa Tetrault, an associate professor of history at Carnegie Mellon who specializes in United States women’s history.

While MOSAIC, and programs like it, exist to expose Carnegie Mellon students to gender studies and issues, a vast number of students are unaware that these opportunities are available to them. The conference aimed to discuss issues that, according to many students, are given little attention at Carnegie Mellon. With a predominantly technically focused student body, the topic of gender issues is often overlooked. “We don’t talk about it as much,” Bates said. “It’s not a real focus here.”

This year’s MOSAIC conference offered insightful dialogue between knowledgeable and provocative speakers and engaged students and guests. Sessions ranged from street harassment to the stereotypes in Mad Men to gender roles in dance movement therapy. Each session only had about 15 people in attendance, but the smaller numbers created an intimate setting, which made more personal discussions possible.

The conference began with T.J. Jourian’s opening keynote speech on the transgender experience, “The Fluidity of My Journey with Gender and Privilege.” Jourian, a guest from Vanderbilt University, discussed his own personal trials in search of identity and the difficulties of engaging in discussions of self. “Exclaiming ourselves is like declaring a war,” he said, speaking of the challenging process of defining one’s identity.

On another personal note, fifth-year philosophy major Jessica Dickinson Goodman’s session on street harassment addressed how women’s ownership of their bodies comes under attack on the streets. Drawing on her own experience as well as others’ testimonies — including those of guests in the room — Goodman emphasized that unwanted attention should not be a necessary price to pay for being female. “Just because I’m in a girl body doesn’t mean you can treat me this way,” she said.

Like Jourian and Goodman, Carnegie Mellon Coordinator of Gender Programs Jeannine Heynes connected to her audience by sharing her personal struggle with reconciling her female gender and her religious devotion. Heynes’ session, “Thank God, for Gender,” explored the gender constructions in Judeo-Christian religions and the ways in which those constructions dictate our lives. Heynes pointed to the traditional white-bearded image of God and general resistance to referring to God as “She” as examples of the barriers against female authority that religion imposes on secular society.

The program offered several sessions at the same time, so guests could select topics that most appealed to them. Other sessions ranged from an LGBTQ workshop that explored gender nonconformity, led by Carnegie Mellon Coordinator of LGBTQ programs and ALLIES advisor Meg Evans, to Carnegie Mellon Associate Director of Student Life Lucas Christain’s examination of white masculine gender roles. Christain’s workshop broke down stereotypes for a group that is not typically considered to be marginalized.

The personal nature of many of these sessions, as well as the eye-opening topics they explored, allowed for very open discussions between speakers and listeners. Many in attendance shared their own experiences and reasons for their interest in gender issues. At times, the listeners had just as much insight to offer as the speakers who ran the sessions.

This inviting atmosphere was exactly what organizers were going for. In the world of gender studies, “anyone is welcome to come,” Tetrault said. In her words, “the spirit of learning, of growing, and of questioning” was embodied in Sunday’s conference.

According to Molly Walter, a member of the MOSAIC planning committee and a senior cognitive science major, the conference plans its sessions with a diverse audience in mind, catering to a variety of interests and backgrounds. “There is a session for everyone,” she said.

But the open invitation to join did not reach all corners of campus. The female and LGBTQ presence at the event was strong, but the turnout was not representative of the entire campus community. A greater diversity of perspectives may have further enriched the insightful but somewhat one-sided dialogue.

According to Walter, drawing interest from all groups on campus remains an important goal for the conference. In particular, Walter wishes that more students saw the topic of gender as more accessible and universal. “I want people to know that MOSAIC isn’t just for girls or LGBT or crazy feminists,” she said. “I don’t think guys should be afraid to come.”

The meager attendance of the conference was in part due to students’ lack of awareness of the opportunities to discuss gender issues. The first step is discovering that the program exists. Many students are unaware of the academic opportunities open to them, and others discover them too late.

According to Tetrault, the students who are able to take advantage of the gender studies department are those who start exploring early. “It depends on how lucky you are to discover these things early on in your college career,” she said.

At a technically focused university with many structured majors, finding time to branch out is often difficult and undervalued. But exploring academically, Tetrault said, is vital to the complete college experience: “I think one of the most important things you can do when you’re in college is to take something outside of your interest now and then.”

Awareness is crucial for the success of programs like MOSAIC. Anya Weitzman, a senior Bachelors of Humanities and Arts student in art and anthropology, said that despite her interest in gender studies, this year was the first she had heard of the conference. “I wish I knew about it before,” she said.

After taking Tetrault’s Body Politics course, a class on women’s health, Weitzman’s eyes were opened to the opportunities available to her in gender studies. If she could do it over again, Weitzman said, she would have studied art and gender studies. Weitzman’s advice for the organizers of MOSAIC was to “advertise more.”

Despite the general lack of awareness about the gender studies program at Carnegie Mellon, many opportunities exist for students. Learning about the university’s program and being involved in events like MOSAIC provides students with meaningful opportunities to discuss the important issues surrounding gender.