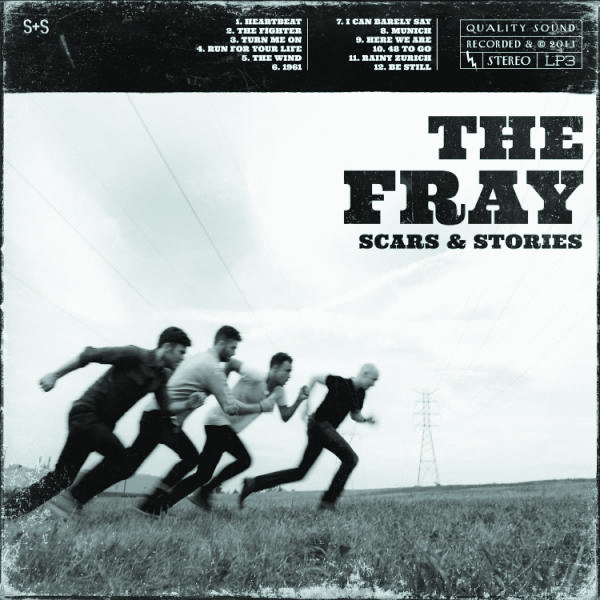 In a time where the Top 40 is overflowing with AutoTune and songs made for clubs, The Fray reminds us that success can come in the form of a less electronic instrument. The piano-driven rock band from Denver gained worldwide fame thanks to its emotional single “How to Save a Life,” and has remained relatively popular since. This past week, The Fray released its third album, Scars & Stories, which doesn’t stray far from its two previous studio albums.

The starting track, “Heartbeat,” is also the band’s first single from the new album. Starting as a fast-paced drum beat topped with narrative lyrics, the song continues into a slower chorus where the band’s lead singer-songwriter Isaac Slade hits some higher notes and gives some heartfelt advice, singing, “If you can love somebody, love them all the same.”

“The Fighter” is probably the most commercial of the songs, and is the closest The Fray comes to a mainstream hit on this album. Documenting a fighter and his internal struggles about his lover and violence in the world, this track wraps an unfortunate story into a heartfelt, feel-good song.

“The Wind” is a soft song, but the ethereal background music that plays throughout takes the song to a different level. And then there’s “Munich,” which was inspired not by the German city, but instead by a particle collider in Switzerland.

In an interview with The Huffington Post, Slade explained his fascination with the Swiss experiment: “They’re looking for the God Particle — basically, the particle that holds it all together. That song is really just about the mystery of why we’re all here and what’s holding it all together, you know?” It’s not unlike The Fray to talk about metaphysics and other things besides sex and alcohol, so this broad scope feels natural coming from Slade.

The other tracks don’t seem to stand out as anything exciting. They’re good, but they aren’t memorable. The lyrics, as per usual, are insightful and well-crafted, but the music is lacking compared to the group’s previous hits like “How to Save a Life” and “You Found Me.”

The closing tracks on the band’s albums seem to go one of two ways: They either end with an energetic, music-heavy anthem that summates all the intensity of the preceding songs, or they let you down gently and bring the sound session to a finite close. The closing track on Scars & Stories, “Be Still,” falls in the latter category. With only Slade’s vocals partnering with a ghostly piano, he repeats the lyrics with a heartfelt honesty.

As a whole, this is not the album that you put in your car when you’re going 70 miles per hour with the windows down. Instead, it’s more appropriate as background music if you’re doing some work or sitting at a Starbucks. It has its moments of radio-friendliness, but it never fully commits to that identity. Stand-out tracks include “The Fighter,” “The Wind,” and “Be Still.”