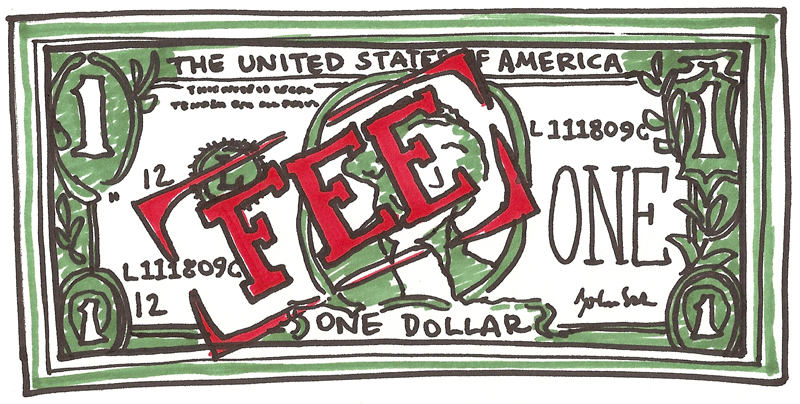 The administration announced that it plans to reimburse student organizations for all past and future administrative fees that have been applied to donations since July.

The fee, which applies to all donations given to any Carnegie Mellon department or entity, will be assessed monthly, but student organizations should expect to receive a matching credit every quarter.

Currently, the fee is set at 5 percent of incoming donations, but the administration plans to raise it to 10 percent over the next two years. However, student organizations will always be reimbursed for the fee regardless of its amount.

Using the umbrella term “student organizations,” Dean of Student Affairs Gina Casalegno confirmed that sports teams, Greek organizations, and Student Dormitory Council are also included with student clubs. “Any group that has a gift account is all in the same bucket. If a donation comes into them, they will not feel the effect of the fee,” Casalegno said.

The Board of Trustees initially proposed the administrative fee in 2008 to help fund Carnegie Mellon’s donor relations program.

“Essentially there was a deficit in the central administration funds that included, somewhat ironically, the people who were actually doing the fundraising,” explained junior social and decision sciences and statistics double major Will Weiner, who is also a Student Senator and chair of Senate’s Internal Development Committee.

“The university had benchmarked other schools and looked at models for covering the costs of what it takes a run a donor relations program,” Casalegno explained. “We came to the conclusion that we were one of very few, if any, schools who don’t have an administrative fee assessed [for] incoming donations.”

After the economic crash of 2008, the idea was tabled. “We decided it was not the right time to implement this,” she said. However, in its February 2011 meeting, the Board of Trustees reintroduced the fee, planning for it to take effect in July.

According to Weiner and Student Body President Jake Flittner, a senior engineering and public policy and mechanical engineering double major, the administration did not immediately notify student organizations that they were going to be assessing this fee.

“I first heard it offhand, and then I had to confirm with Gina,” Weiner said.

“I believe that one of the reasons why there has been a lack of advertisement of this is that the administration still hasn’t figured out the processes yet,” said Flittner. “The administration hadn’t really thought of a lot of the implementation problems, because it [the fee] was decided years ago.”

But despite the lack of publicity, the fee has been assessed since July, and Weiner, who is also general membership coordinator for Scotch’n’Soda, was one of the first students to notice the deductions in his organization’s budget.

Although Casalegno admits that it would be better for the fee and subsequent reimbursement to not appear on the budget at all, she explained that the administration is also working within the technical constraints of its financial systems.

“Because of the automated processes that run behind the scenes of everything, we don’t know if that [not assessing student organizations the fee] is possible,” she remarked. “But there are coding specialists with our Oracle accounts who are working through that right now.”