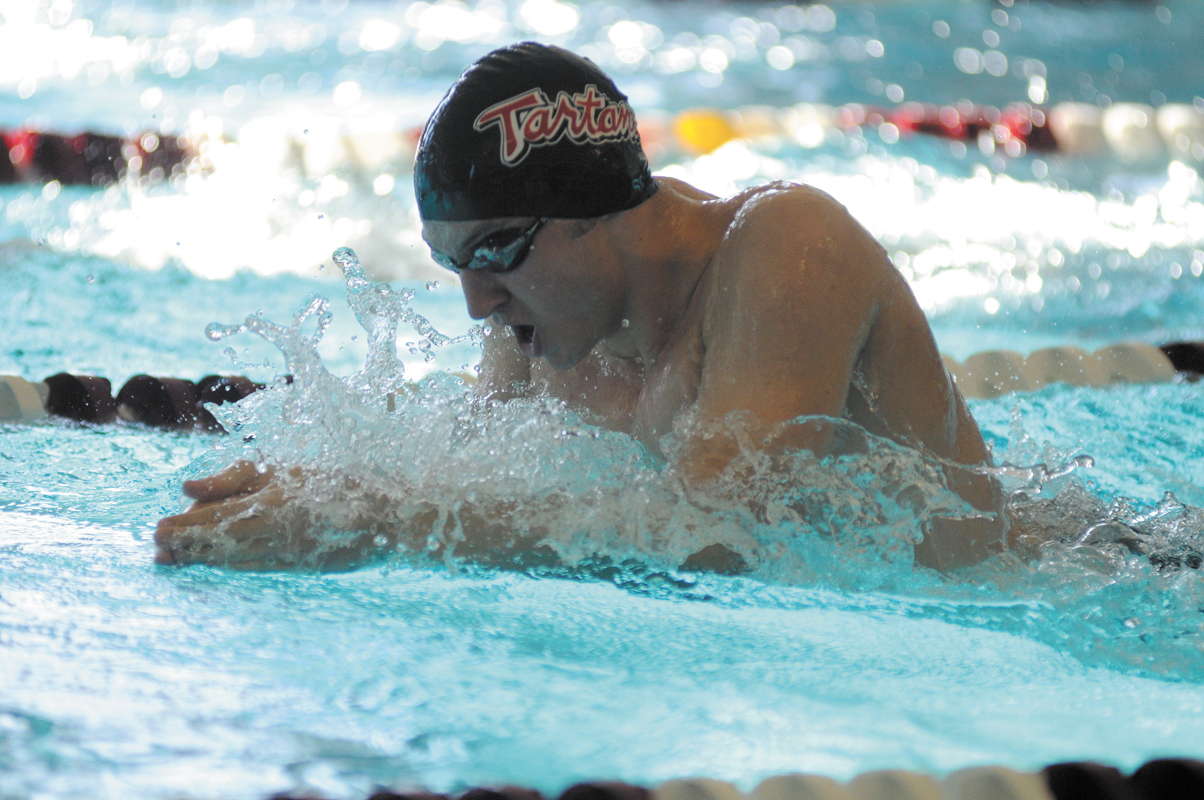 After the first day of swimming, the men held their ground in fourth place with a score of 54. They picked up the intensity during the second day of competition, earning a total of 303 points and jumping up to third place. With strong closing efforts, they added 208 more points for a total of 511 points, putting them in fourth place at the end of day three. The solid finish topped Grove City College, which placed fifth with 319 points.

The men’s team is showing signs of improvement, as the swimmers continue breaking individual career records. Among them are first-year Andrew Yee, who finished the 1,650-yard freestyle in fifth place with a career-best time of 16:10.96.

Junior Dan Glaser-Garbrick finished third in the 400-yard individual medley with a time of 4:00.74 and third in the 200-yard butterfly with a time of 1:51.06. In 2011, Glaser-Garbrick was an All-American and UAA Champion in the 200-yard butterfly and on the All-UAA Second Team for the 400-yard individual medley.

In the 200-yard breaststroke, sophomore Austin Bohn finished in third place in 2:05.68, cutting about 10 seconds off his personal record.

The women picked up 44 points after the first day of the invitational, putting them in fourth place to start off. After the second day of competition, the women scored a total of 197 points, putting them in fifth place. Their additional 135 points on day three proved not enough to overcome Grove City College, which finished with 369 points. The women finished with a total of 332 points, in sixth place overall.

The Tartans will follow up this performance on Jan. 21 in New Wilmington, Pa. They will be competing against Westminister College and SUNY Geneseo at 1 p.m.