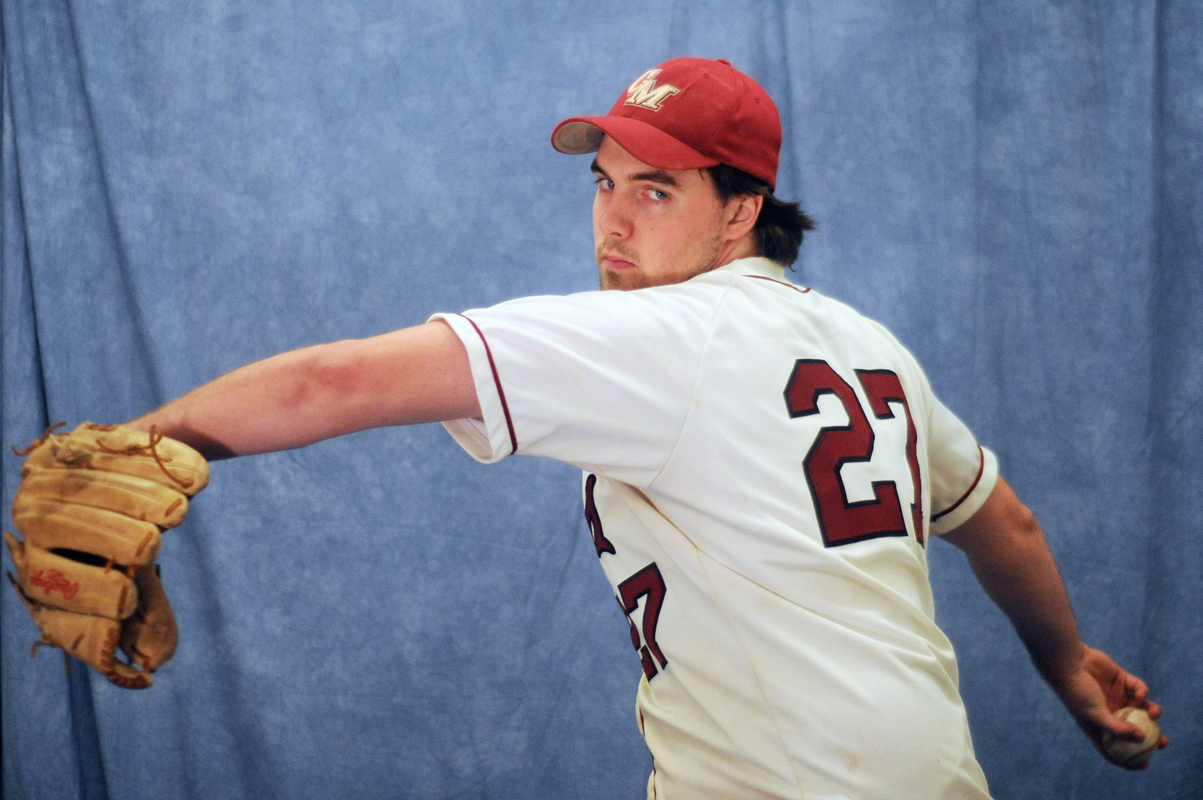 This week, we met up with senior mechanical engineering major and club baseball team captain, Bennet Poepping. The Tartans finished the fall season with the best record the franchise has ever recorded in a single season.

“My proudest moment was helping our team to a 10–2 start this fall. We’ve had some of the best turnouts for games this year, and hopefully it continues into spring,” Poepping said.

Poepping has been playing baseball since he was five years old. “I’ve never not played baseball in the summer. I don’t know what I would do without it,” he said.

When Poepping came to Carnegie Mellon after playing at Sewickley Academy, he knew he still wanted to play, so he went to the interest meeting. “[Club baseball] is definitely my fondest memory of my college experience so far,” Poepping said.

In practices, you can often find Poepping discussing the team’s upcoming games with the coach, planning lineups and strategies with him. “I enjoy the guys and our coach, Claudio Reilsono. We just have a lot of fun playing the best sport in the world,” Poepping said.

He is the team’s captain, and has contributed a lot in his three and half years of Carnegie Mellon baseball. He is consistently one of the best hitters and pitchers on the team and has developed into the team’s ace. His goal for the next semester is “to continue pitching well and improve my running to better support our team as a complete player.”

The quality of his play on the field is corroborated by head coach Claudio Reilsono.

“As a player, it is a great feeling for me as a coach to know that, every time Bennet comes up, the odds are in our favor that he will come up with a big hit, a big game pitching, or a great defensive play,” Reilsono said.

Poepping’s skill on the field is equally matched with his leadership abilities. “His motivational skills have been perfected through the past four seasons he’s been here, and he knows how to connect to everyone on the team in a way that makes us want to succeed,” junior second baseman Joe Barbish said.

Poepping’s expectations for this Tartan baseball team are high. “I want to see us win a championship because our coach really deserves one. We are definitely capable,” Poepping said.

Poepping has fond memories of the club baseball team and its traditions. “On our way to Florida for spring break, we always make a stop at a Waffle House once on the way there, and once on the way back,” he said.
When the team travels to games, Poepping is the initiator of musical traditions. Like clockwork, he plays R. Kelly’s “Trapped in the Closet,” or the Space Jam soundtrack. He has made this the team’s way of getting pumped up and ready for games.

The funniest moment from Poepping’s career on the ball club is when a deer came onto the field. “It kept crashing itself into the outfield fence, apparently unable to discern that a fence will stop your momentum,” Poepping said.

Then a member of the team assisted the lost deer. “The benevolent Tom Walko grappled it by its neck and dragged it halfway across the field to the exit,” Poepping said.

In the end, the deer was okay.

Poepping’s time with the Tartans has been memorable. By the end of his career, he should hold many Carnegie Mellon baseball records, but it is his personality that will be most remembered. “As captain, Bennet is a valuable asset to the team and always manages to pull the team through tough game situations. He will be missed when he graduates after the spring season, but he is a definite future CMU hall-of-famer,” said junior utility player Pedro Cuacuas.