Pirates, week 3: Not jinxing it yet 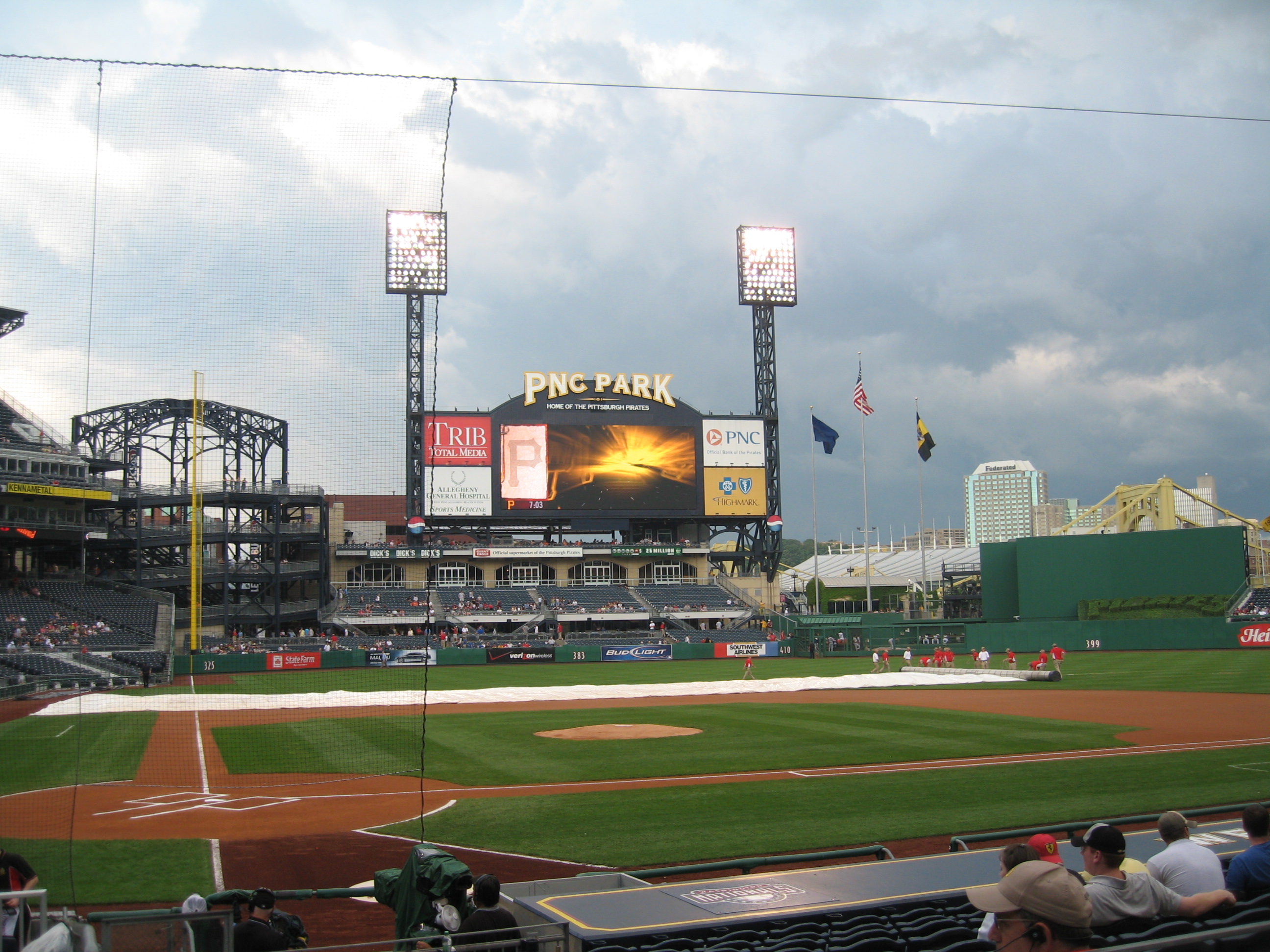 Week 3 for the Pirates began with a 5-3 win over Washington but ended with a 21-0 loss against Chicago. The Bucs will need to rally back in Week 4. (credit: Courtesy of John Marino via flickr)

Game 9: win, vs. Washington, 5-3
Sunday was the first time the Pirates won a series all season; they took three of four games against the Washington Nationals. With José Quintana starting on the mound, the Nationals surged to a quick 3-0 lead with four consecutive hits in the top of the second inning. Slowly but surely, the Pirates crawled back into the game. With one man out and two on base, Michael Chavis made a tremendous catch to rob César Hernández; that was it for the scoring until the sixth inning, when the Pirates scored twice. In the seventh, though, Cole Tucker stole home on a wild pitch, Chavis drove Josh VanMeter in, and Yoshi Tsutsugo stepped to the plate. At first, he appeared to ground into a double play; upon review, the umps decided he was safe, meaning that Daniel Vogelbach’s run counted. A pitching relay held off the Nats for the rest of the game, and that was it; the Pirates were 5-4, having won four of their last five, and were above 0.500 for the first time this season.

Game 10: loss, at Milwaukee, 6-1
This series against the Brewers was never supposed to be a fair fight, despite the teams’ similar records. This was a pitching battle between Eric Lauer and Zach Thompson through three and a half innings. The Brewers scored in the bottom of the second and the Pirates hit back in the top of the fourth. But then, Thompson fell apart. A single, a double, and a walk loaded the bases. A sacrifice fly by Kolten Wong knocked in a run, making it 2-1, and then another walk loaded the bases for Christian Yelich. Yelich, returning to form, completely got on top of it, hitting a long grand slam. Lauer pitched a six-inning gem and Thompson was run from the game. Pittsburgh couldn’t get back on the scoreboard, Milwaukee didn’t need to, and that was the end of the game.

Game 11: loss, at Milwaukee, 5-2
The Pirates seem to have a habit of playing good teams down to the wire, save for one inning. This was yet another example of that. Save for a four-run bottom of the second, it was a tight game and nobody scored until the sixth. Yet, that inning marked the end of the Pirates’ victory hopes. The Brewers won for the second consecutive time 5-2.

Game 12: loss, at Milwaukee, 4-2
This marked Milwaukee’s sweep, with Pittsburgh suffering from the single-inning curse that they have suffered from all season again. Coming into the Brewers series, the Bucs were 5-4; now, they’re 5-7, all thanks to a single three-run inning that propelled the Brewers into the lead. If there’s a bright spot, it’s that two of these three games were very winnable; the cards just didn’t fall their way. The defense was good, the hitting was okay, the bullpen was fine. The starting pitching, yet again, was atrocious.

Game 13: win, at Chicago, 4-3
For the fourth time in four games, the Pirates’ pitching surrendered runs first; in this case, two in the bottom of the first and one in the second. But then in the third, the Pirates came back; they added two more runs, to pull within one run. In the fifth, with Wil Crowe pitching in relief, the Pirates blanked the Cubs again before scoring the game-tying and go-ahead runs. From there, the Pirates bullpen did the job. Seiya Suzuki struck out three times and the Cubs couldn’t score the whole rest of the game. There were bright spots in the offense, too. Seven different Pirates recorded a hit and Ben Gamel, on a hot streak, went three-for-four to power the Bucs to the win.

Game 14: win, at Chicago, 4-2
It took a while for this match to get started — it was raining in Chicago, and the teams sat in the clubhouse for six hours waiting for the game to commence. But once it did, it was a gem. José Quintana worked a beautiful game and the Pirates’ bullpen came in to close, allowing no runs from the second inning onward. After the bad series in Milwaukee, the Bucs were .500 again. A sign of things to come or just a lucky streak? Either way, the Bucs had secured at least a split at Wrigley, and that’s nothing to turn your nose up at.

Game 15: loss, at Chicago, 21-0
This one stung to write about. It stung to even write the score. Yes, the Cubs brought their A-game and, yes, it was an off-day for the Pirates and, yes, Chicago got some lucky bounces. And yes. At the end of the season, this will count the same as any other loss, on any other rough day at the ballpark. But this one was worse. It was a franchise record loss, the third worst in Major League history. Every pitcher got shelled. The Cubs outhit the Pirates 23-3, and the Bucs essentially lost by three touchdowns. Nothing to do but grit our teeth and move on… but it doesn’t get much worse.

Bottom Line:
It’s too early to tell whether the Pirates are for real this year, but there are some encouraging indicators. For two weeks in a row, they’ve been good — not great, but solid. The starting pitching is a huge question mark, and the team isn’t consistent at all, but they’ve got some bright spots — one of the best defenses in baseball, a bunch of good hitters, and a bullpen that you can’t turn your nose up at. Long-term, this is looking a lot like a team that could be pushing .500 all season long. But short-term, there are two more games against the Cubs on the road before a homestand against the Brewers (again) and the Padres. What the Pirates’ record is coming out of these next seven matchups — and what course that sets for the rest of the season — will depend on how well they can bounce back from that shellacking at Wrigley Field and start playing the clean baseball we’ve been privileged to see this season.