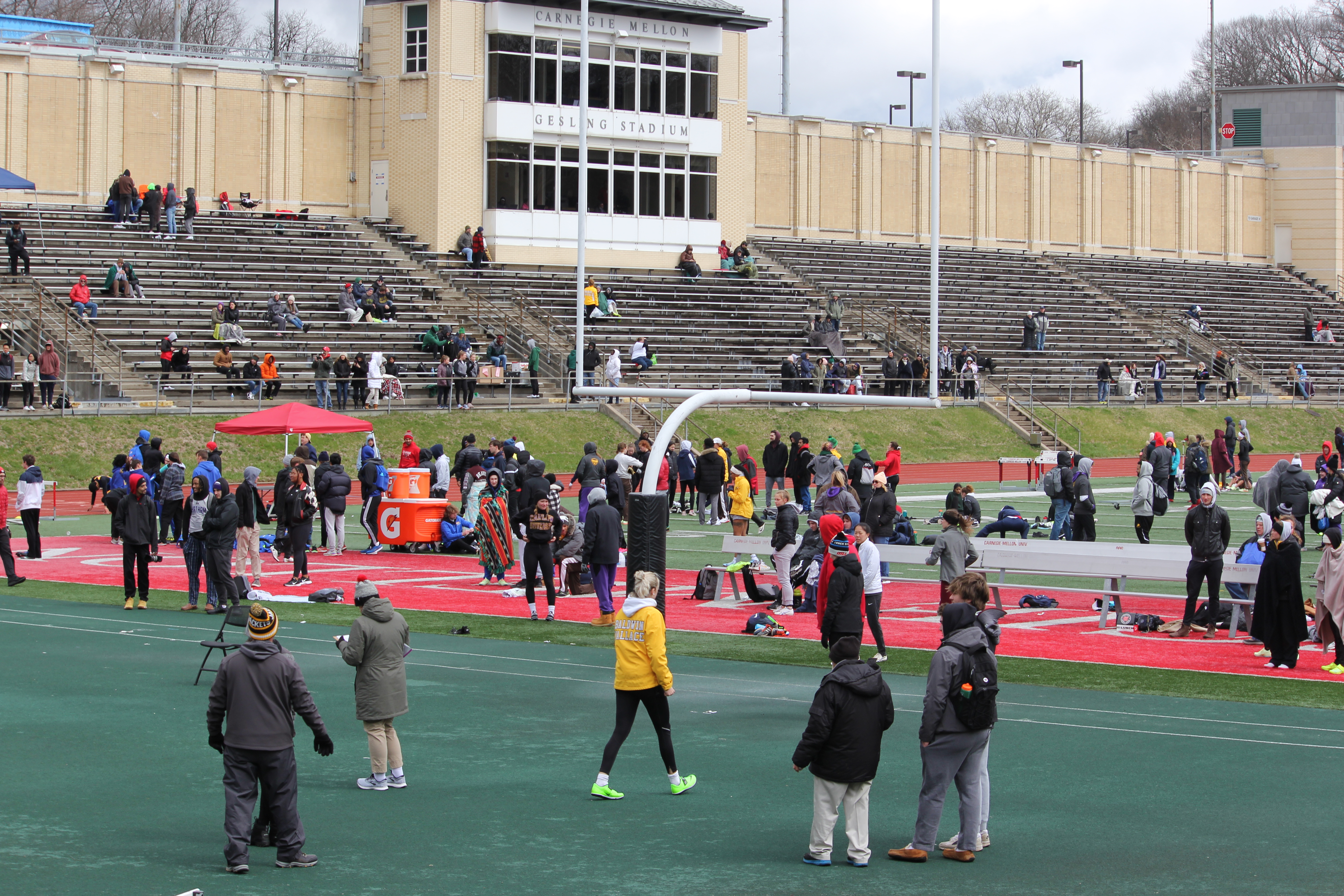 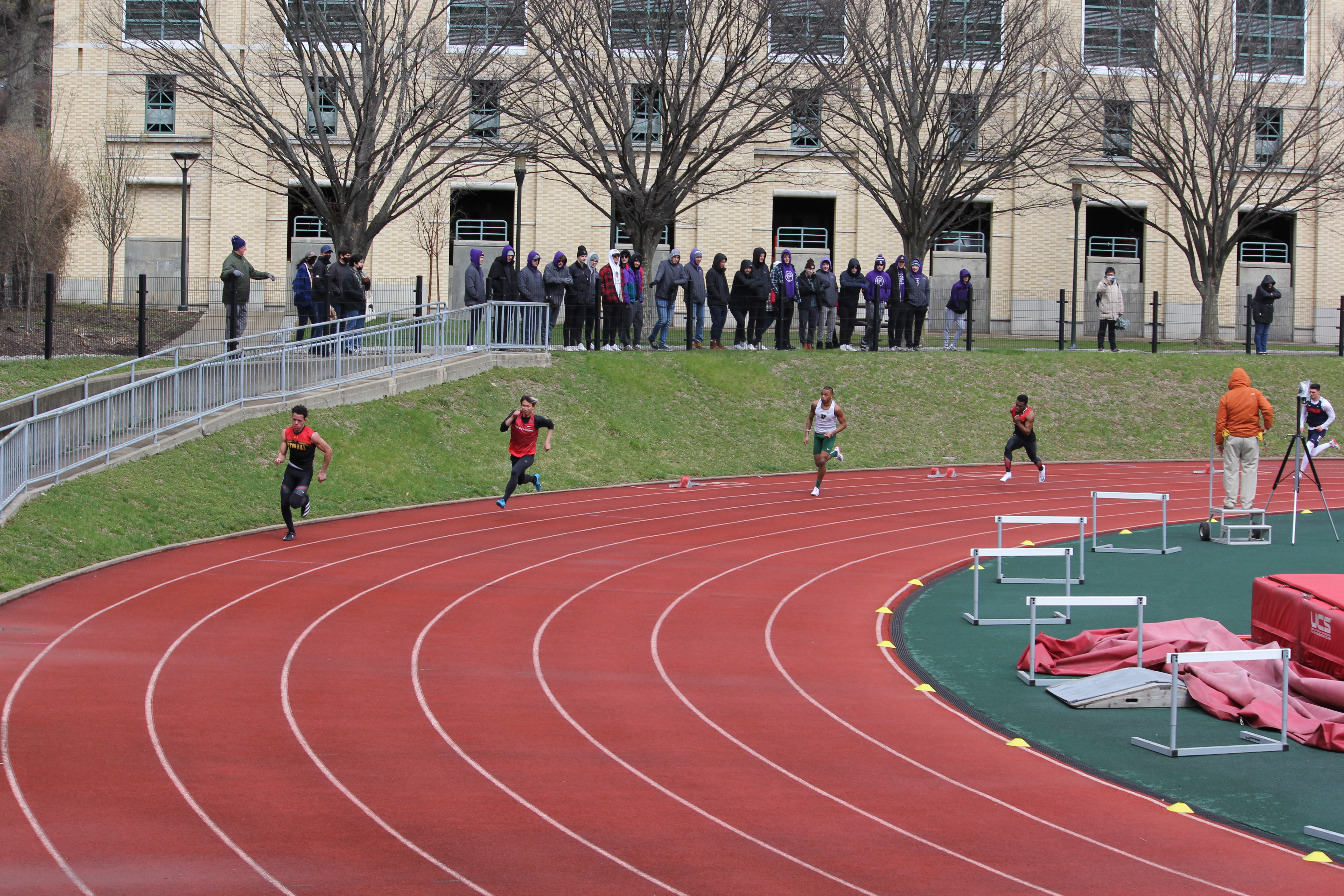 Men’s Track and Field
The Men’s Track and Field team had a strong showing at their invitational. Junior Elijah Sech and sophomore David Durdaller took first and second place, respectively, in the 3,000-meter steeplechase with times of 9:40.58 and 9:42.16. Both earned personal-best times in the event.

The Carnegie Mellon men also performed exceptionally well in the 3,000-meter run, with the first-year trio of Colin McLaughlin, Aleksei Seletskiy, and Eamon Brady taking the top three spots with times of 8:42.22, 8:51.54, and 8:54.47, respectively.

First-year Casey Potrebic took first in the pole vault, clearing the bar at 4.15 meters. He was the only competitor to record a height in the event. In the long jump, senior Justin Kiefel took first place with a mark of 7.06 meters, 0.37 meters better than the next competitor. Sophomore Thomas Rich also performed well in the event, earning fourth with a jump of 6.48 meters. Kiefel also took first place in the triple jump with a 14.39-meter jump. First-year Luke Blackwell placed right behind him with a mark of 13.79 meters.

Graduate student Bram Miller set a new stadium record in the shot put with a throw of 17.61 meters, earning him first place by a wide margin. Miller also took first in the discus with a mark of 51.38 meters, which is just short of his 51.79 meter school record set in 2019. Also in the discus, junior Len Huang got a personal-best throw of 45.15 meters, earning third place. First-year Cody Breidenbach took home second in the hammer throw with a distance of 49.55 meters. Behind him, Junior Bailey O’Malley took fourth with a throw of 46.07 meters.

Women’s Track and Field
The Women’s Track and Field team also had a very strong showing at the Carnegie Mellon Invitational. Graduate student Kendra Noneman set a new school record in the hammer throw, winning the event with a throw of 60.15 meters. This breaks the 55.42-meter record that she set last week. Junior Liz Barre also set a school record in the high jump when she cleared 1.63 meters, taking second in the event. Barre also performed well in the 100-meter hurdles, taking first with a time of 15.82, over a full second faster than second place.

First-year Jolie Wasserman also took third in the javelin throw with a mark of 27.03 meters. Additionally, sophomore Jo-Michelle Huczko tied for first in the pole vault with a height of 3.20 meters.
Both teams will be competing at the Dave Labor Invitational at Slippery Rock University next Saturday, April 2. Their next home meet will be on April 14, when they will compete at the Carnegie Mellon Mid-Week Meet.