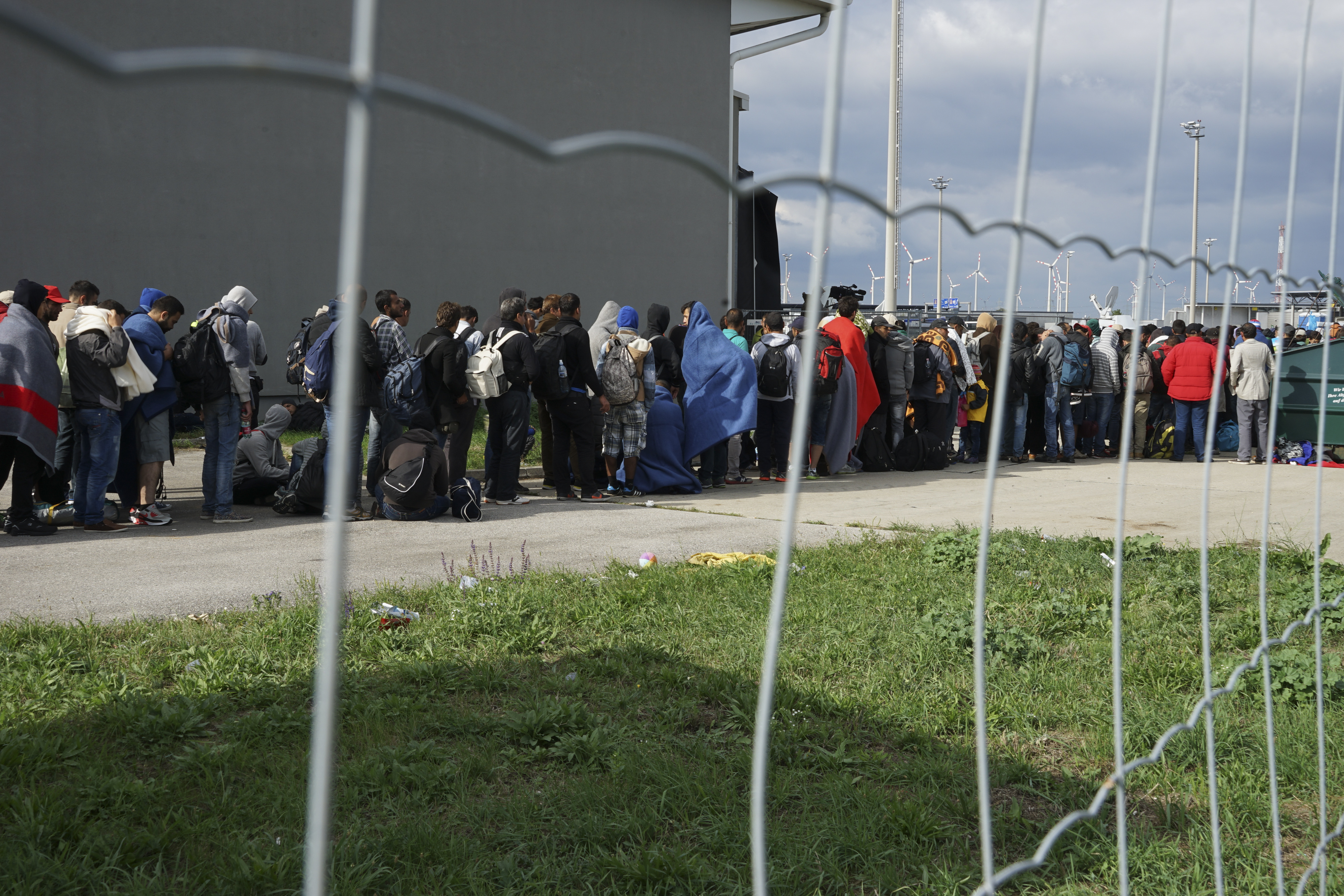 In the past year, over 200,000 refugees from Syria — which is being torn apart by the extremist organization ISIS — entered the European Union by way of Hungary. Last Tuesday, Hungary closed its borders, making it illegal and almost impossible to enter the country.

It's easy to look at Hungary and criticize its response to the crisis. From the beginning, Hungary hasn’t seemed too willing to help refugees escape from the horrors of their home country.

Last week, the trains that were supposed to take refugees from Budapest to Austria or Germany were delayed and rerouted, even after the refugees had already spent days living in the station with little access to necessities like clean water, food, or diapers. The media has been dominated by now-infamous scenes of Hungarian military personnel throwing sandwiches into a crowd of migrants and police clashes with migrant families.

A Hungarian camerawoman seemed to encapsulate the national feeling towards the refugees when she kicked and tripped refugees running across the border while filming a segment. Overwhelmingly, it seems that Hungary does not view these people as people, but as animals.

There is an obvious problem with how Hungary and many Hungarians have been treating the migrants, but the hard truth of the matter is that Hungary simply does not have the infrastructure and organization to deal with the crisis. Hungary is a relatively new member to the European Union (EU). It joined in 2004 with the promise of a vibrant, booming economy and better institutional organization, as well as the protection and support of other EU nations. So far, those promises have been slow to come to fruition.

When thousands of refugees began appearing, Hungary simply was not prepared to run an organized operation. Its transit system could not handle the amount of people that were flooding it, not to mention the tricky business of maneuvering enough trains to reach Austria and Germany. In a perfect world, Hungary would have been able to help. Unfortunately, we do not live in a perfect world.

Meanwhile in Germany, Syrian refugees were greeted with cheers, candy, and gifts from onlookers. The world was flooded with hope that perhaps refugees would be able to find a place that would welcome them with open arms. Germany had answered the call and criticized Hungary for its barbarism.

Austria welcomed many refugees as well, and France has pledged to take on 24,000. It may seem that once again, the founders of the European Union have acted as saviors for the rest.

In reality, however, the top EU nations are taking this as another opportunity to point fingers at Eastern Europe while doing very little themselves. Germany can easily look like a haven when it is the last destination for many refugees. Refugees in Germany have arrived at slower rates and many have already received emergency medical aid and food from less well-equipped nations.

However, even Germany has now decided to close itself to Syrian refugees, imposing border controls that are a rarity in the European Union. The “Willkommenskultur”, or “open arms policy” that Syrian refugees were promised once they reached Germany is no longer.
Meanwhile, Austria and the Netherlands — two nations with plenty of available resources — have also closed their borders, making it even harder for refugees to traverse Europe and reach a safety.

The United Kingdom has, until very recently, ignored all calls for help from Syrian refugees and the rest of Europe. Its only meager response came in early September, promising to offer asylum to 4,000 Syrian refugees per year until 2020. British Prime Minister David Cameron displayed a shocking lack of knowledge about the circumstances of the current Syrian crisis when he urged migrants to stop risking their lives by traveling to Europe and instead wait to be placed in Middle Eastern refugee camps.

Syrians cannot wait. They surely know the risks when undertaking this journey, but they have decided that the chance for a better life is well worth the risk of death, especially compared to the violent chaos in their homeland.

In lieu of developing a better strategy to handle the crisis, the countries of the European Union have fallen to blaming and criticizing each other. Germany criticizes the United Kingdom for not getting heavily involved; the United Kingdom accuses Germany of not being realistic about how many refugees to whom they can offer asylum; Austria criticizes Hungary and Croatia for not doing more to organize the refugees when they first reach the EU. Germany closes its border, supposedly to handle the organization of people currently in the country, but in reality as an effort to force other nations to take more refugees. The entire world criticizes Hungary for collapsing under the systematic pressure and chaos.

Criticizing and blaming each other will never work. If the European Union hopes to truly offer Syrian refugees a new home and a new hope for the future, they must band together and cooperate.