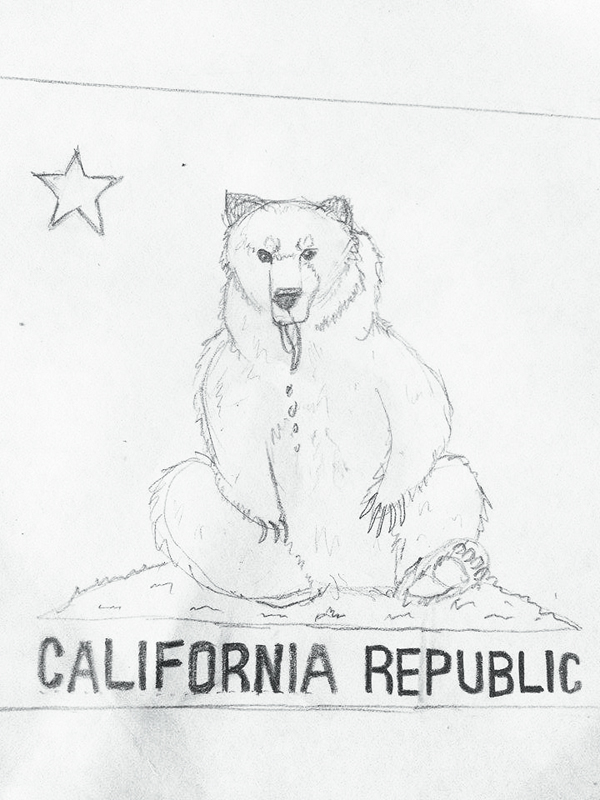 Last week, California Governor Jerry Brown enacted tough water use regulations, essentially aiming to reduce the water use of Californians by 25 percent. The restrictions target urban water use most heavily, and critics point out that the restrictions don’t address water use by the agricultural industry at all.

Gov. Brown has defended the restrictions, pointing out that California Agriculture provides a social good — food for much of the country — while the restrictions target water use with little social value, such as long showers and aesthetic landscaping.

It’s true: There is a fundamental difference between using water to grow crops, which feeds people and adds to the economy, and using water to win the coveted title of “Greenest Lawn in Beverly Hills,” which comes with a lifetime supply of self-righteousness and the ability to silence the lurking suspicion that your worth as a person has little to do with the hue of your lawn.

However, California agriculture is not the bastion to California’s economy that defenders claim it is, and California’s drought cannot be successfully managed without demanding of agriculture the same austerity demanded of citizens and other businesses.

In California, the agricultural industry accounts for 80 percent of water use, which leaves just 20 percent to everyone else, including citizens and other industries. Choosing to restrict the water use of the people already using the least amount of water is the equivalent to getting your meal supersized at McDonald's and offsetting the extra calories by getting a diet soda. Sure, a diet soda is “healthier” calorie-wise, but once you set foot in McDonald's, you’ve abandoned any pretense that your body is a living thing with delicate nutritional needs.

Furthermore, agriculture accounts for only 2 percent of California’s economy. California bankrupting its water supplies to accommodate for agriculture’s water consumption is not unlike a family taking out a second mortgage to pay for their goldfish’s costly arthritis medication. Sure, the family will by 2 percent less happy if Grumpy the Goldfish can’t swim around as gleefully as in his youth, but is it really worth going into crippling debt? Besides, Grumpy won’t remember the sacrifice you’ve made for him in three seconds anyway.

Joking aside, nobody is suggesting that California abandon its agricultural industry to get through this drought. California’s economy might be able to survive it, but California exports more food to the rest of the country and to the world than any other state.

Still, there are reasonable steps that the industry can take to reduce water consumption. For instance, nearly half of California farmers still use the “flood irrigation” method to water crops, even though there are far more water-efficient irrigation methods available. Additionally, California has in recent years invested heavily in notoriously water-inefficient crops such as almonds, broccoli, and alfalfa. Returning to more water-efficient crops will allow the industry to reduce water consumption without downsizing production.

Why should students at Carnegie Mellon care? Well first of all, if you eat, as students occasionally do if they have the time, you are probably eating something from California. This means that a sad, stinky child in Fresno has to skip showers to accommodate your insatiable hunger for almonds, you monster. California agriculture has been exempted from water restrictions because of our demand for California products.

But more generally, California’s water restrictions are emblematic of how problems in America tend to be addressed these days. Our solutions nibble around the edges and place the blame on the powerless, instead of expecting the powerful forces actually causing the problems to lead the charge in solving them.

Though a small factor of the state’s economy, agriculture is a major political power in California. The industry was one of the largest donors to Brown’s campaign. In a slightly different context, giving a politician money in exchange for political favor is called “bribery.” At their most innocuous, Brown’s water restrictions will prove ineffective. At their worst, they are the product of legalized corruption. Californians should demand that their governor represents their interests, not just the interests of his donors.