CMU hosts panel on role of women in technology 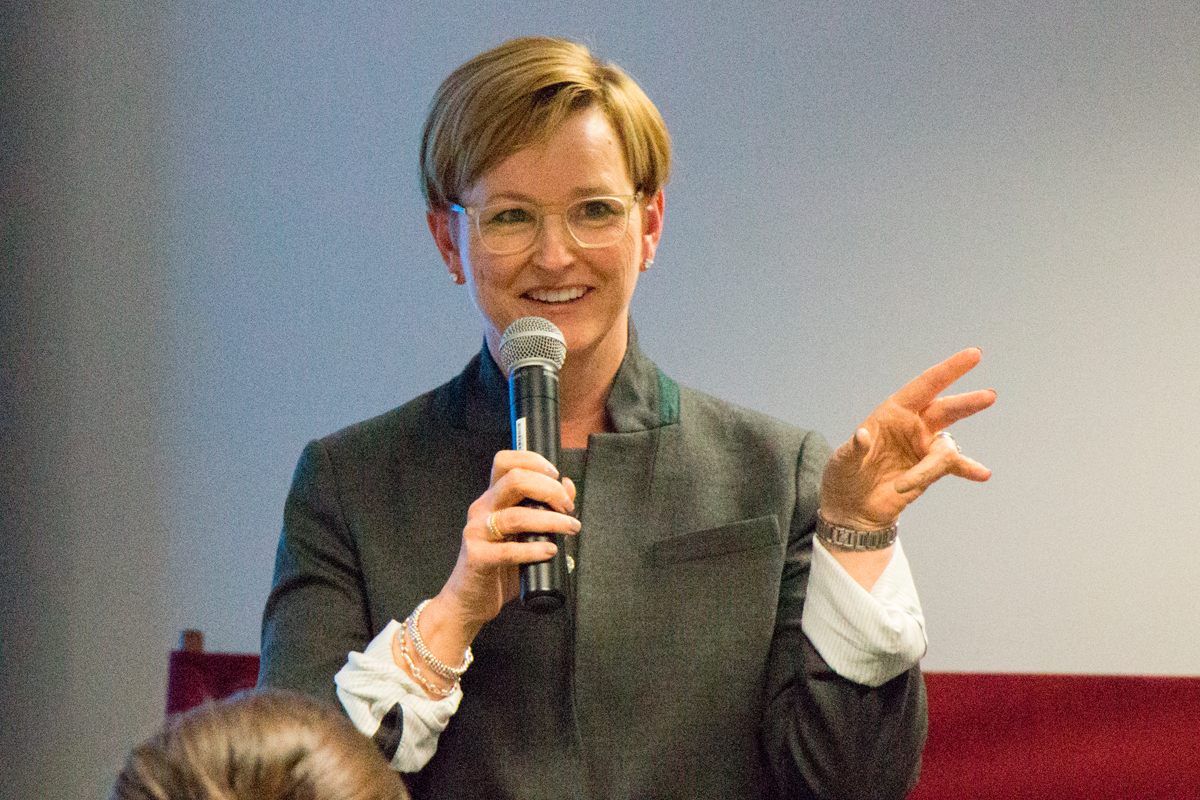 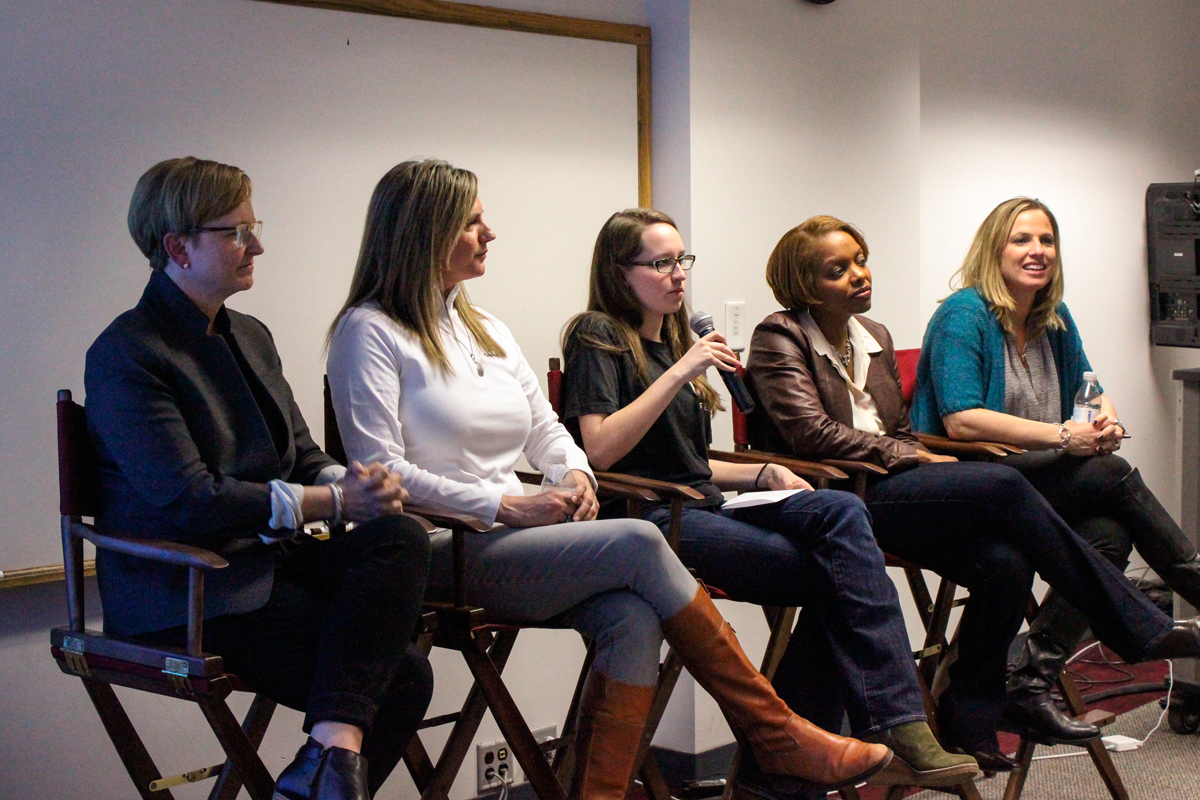 A panel of women working at Capital One discussed various issues pertaining to women in technical fields. (credit: Kruti Koppolu/) 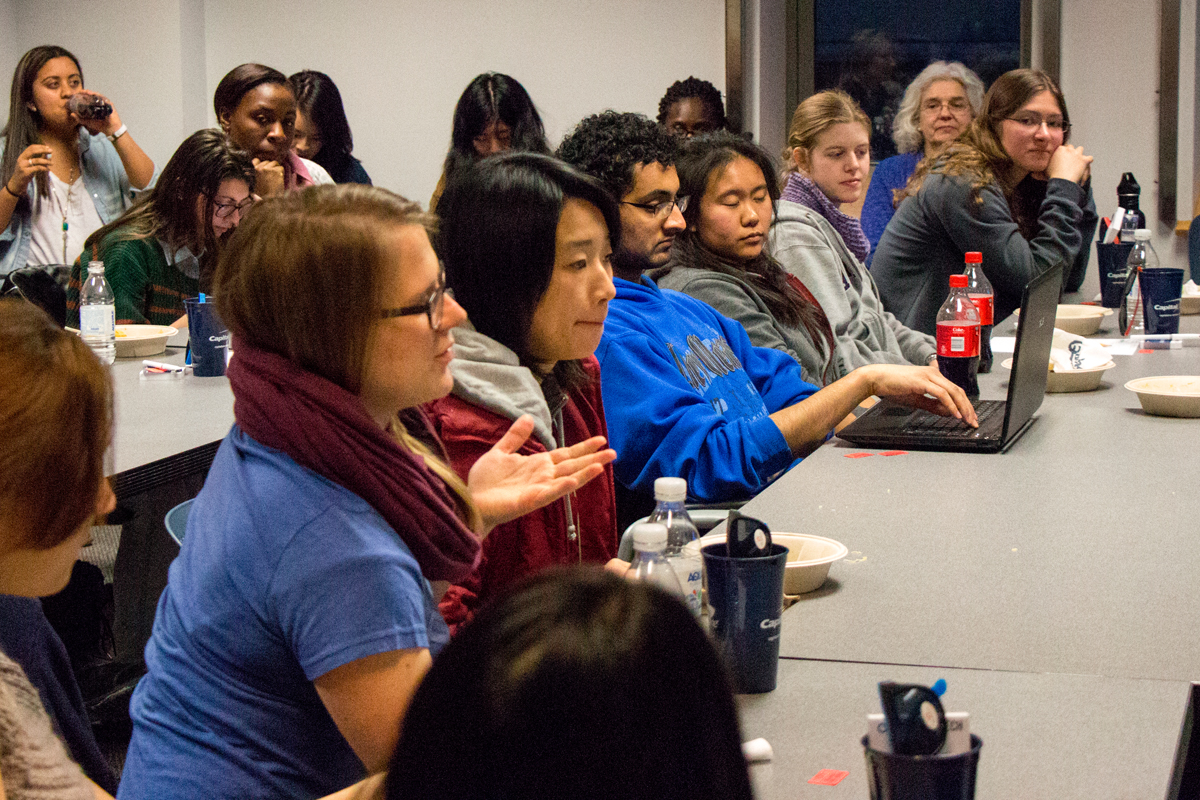 A panel of women working at Capital One discussed various issues pertaining to women in technical fields. (credit: Andy Birla/)

SCS4ALL, a Carnegie Mellon University organization dedicated to broadening interest in computing among underrepresented groups, hosted a panel about women in technology last week. The panel and presentation, sponsored by Capital One, were led by Julie Elberfeld, divisional Chief Intelligence Officer for Capital One and board member of the Richmond Technology Foundation board. The panel focused on issues regarding women currently in and entering the technical workforce, as well as the benefits and necessities of a gender-diverse workplace.

Elberfeld began the presentation with a story — a question from her husband: “Does it really matter if there are only, say, 25 percent women in the tech field?” This question prompted her to do some research. She began to search for statistics, studies, and real-world data which would provide some practical answer beyond “the obvious social answer.” What she stumbled upon were several statistics which, though exciting for women in general, were worrisome for the female presence in the technical industry.

Elberfeld cited a recent study performed by the Massachusetts Institute of Technology and Carnegie Mellon which focused on overall “group intelligence,” a prediction of a given group’s performance in any given situation. This group intelligence, or synergy, is largely correlated to the group’s ability to cooperate as a whole, and the level of cooperation is linked to the number of women present in the group. The study correlates social sensitivity to presence of women. “Women are better able to read between the lines and judge the social dynamics within the group,” said Elberfeld. This sensitivity is conducive to financial success. “Gender-balanced companies perform better financially and demonstrate superior team dynamics and increased productivity,” Elberfeld explained.

The problem facing the technical industry, however, is not a woman’s inability to bolster the effectiveness of a company — a gender-diverse workplace is far more synergetic than the alternative. The problem is that women are not taking up technical vocations at a rate comparable to their male counterparts. “More girls than boys are taking AP tests,” said Elberfeld, “but only 19 percent of the AP Computer Science test-takers are girls. 57 percent of all undergraduate college students are women. 42 percent of undergraduate math and statistics degrees are women, yet only 18 percent of all undergraduate computer and information sciences degrees are earned by women.”

Not only are women not entering the tech field at a comparable rate, but more than half are dropping out mid-career. “Back when I was in school, when we started this industry, most computer programmers were women. Now, 56 percent of women that go into tech are dropping out — just when they’re trained and seasoned, when they’re ready to become future leaders, they’re dropping out.”

This dropout rate can be due to any number of factors, the most obvious one being parenthood. Elberfeld shared her personal experience with the subject. “I’ve had to give up promotions, tell my bosses it just wasn’t the right time.” As a working mother of three kids, Elberfeld advocated for the option to work part-time and from home, and when she did it successfully, she went to the company’s management and advocated for other women in her former position.

“When you’re a coder, you can code from anywhere,” she said. “Being understanding of employees’ needs and accommodating them will make them more loyal and hardworking.” This holds true for the women of Capital One; four out of the five panelists have been in the industry for at least ten years.

In addition to motherhood, the workplace environment and culture might have some bearing on the number of women leaving the tech industry. The discussion which followed Elberfeld’s presentation focused largely on the subject of microaggressions: Small, unconscious biases which come out in our everyday speech and mannerisms.
Each of the five panelists spoke of their own experiences with microaggression. “If there’s a note-taking role, or it’s time to buy presents during the holidays, since I’m the woman on the team, it’s just assumed that these are the kinds of things I’d want to do,” said Belinda Ragonese, a senior director at Capital One.

“Subtle sexism might end up making women feel ostracized over time,” said Elberfeld. “Eye contact can be huge. If we were having a meeting, and the subject shifted to a big technical project we were working on, I could feel the eyes in the room shift to the men.”

Katie Smith, a new addition to the field of Android mobile development, added that “[People who are being subtly sexist] don’t recognize it. Bring it to their attention — the best thing is just to have a nice conversation.”

Perhaps the biggest piece of advice to emerging women in technology was to pick and choose when to envision oneself as “the woman in the room.” In one sense, being the only women on a team of technicians is a very important role. In other ways, it can be alienating. When there is a job better tackled by the female mind, tackle it. It is important for women to embrace their unique skill sets and bring them full-force to their workplaces. Gender-diversity breeds acceptance and breaks down social barriers, whether they are conscious or not.