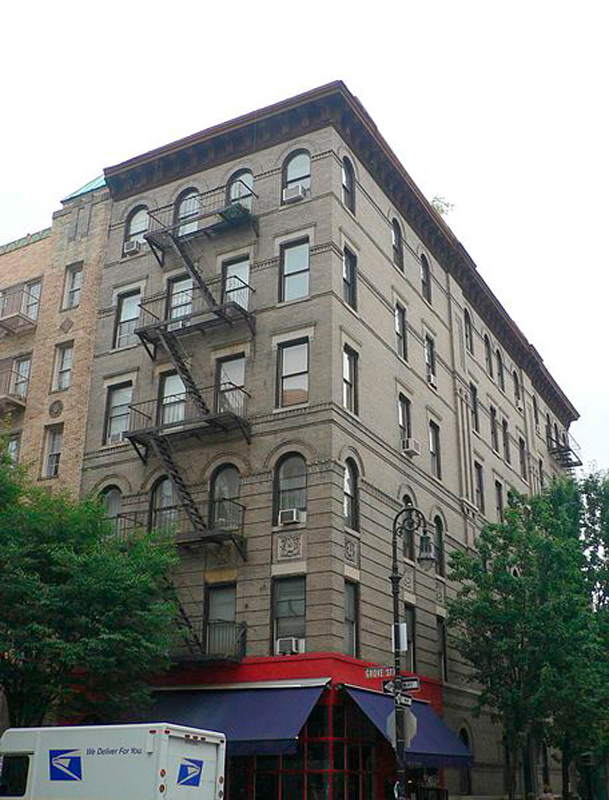 This normal-looking apartment building where much of the series takes place is now instantly recognizable by many. (credit: Courtesy of Redlands597198 via Wikimedia Commons )

Ever since January, when all ten seasons of the classic ’90s sitcom were posted on Netflix, a lot of people have been rediscovering Friends. I’m currently halfway through the second season, so I’ll include myself in that group.

As opposed to many now watching the show for the first time, Friends has long held a special place in my heart. I often cite it as the first television show I ever experienced featuring real, adult people with real, adult issues. I can’t exactly pinpoint when I started watching it with my mom on Thursday nights, since the first episode aired in 1994, a year before I was born. But I do recall the airing of the finale ten years later, when I was about nine years old. My mom and I were two of 54.2 million American viewers of the single most popular television episode of the decade. Mom cried, and — even though I didn’t entirely understand what was going on — I remember that bittersweet sense of the end of an era.

Now, the era is experiencing a revival. College students everywhere are intimately acquainted with the joys of binge watching, and have capitalized on this opportunity Netflix has provided to either return to an old love or figure out what the big deal with Friends was to begin with. With so many new initiates, the obvious question is this: How does Friends hold up, more than 20 years since its inception?

From my angle, it holds up pretty well. I was initially reluctant to click “play” on the pilot, as we all know the pain of a childhood favorite destroyed upon re-watching. To my pleasant surprise, Friends is still funny. When Chandler fails spectacularly with women or when Phoebe demonstrates her unique lyrical talents, I find myself laughing along with the laugh track rather than scoffing at it. I also still care about the characters — that core group of codependent 20-somethings navigating careers, family issues, and complicated love lives. The premise sounds cliché in retrospect, but Friends was the first sitcom to pull off the formula well. Even decades later, Friends remains a funny show with a lot of heart.

There are certain things that date Friends, expectedly. From brick-like cell phones to the museum-grade laptop that Chandler flaunts, I’m reminded how far technology has come in the years since the show aired. The fashion is almost as much a blast from the past; I’m afraid my mother sported “The Rachel” hairdo through the first half decade of the new millennia. This kind of anachronism is a hard thing for any show to avoid, since the more “modern” it attempts to be, the faster society will leave it behind.

A less forgivable hallmark of time gone by is Friends’ occasionally shocking moments of misogyny and homophobia, as many news sources have already observed. Though the show was progressive for the ’90s, it can be hard to stomach Chandler’s desperate attempts to manipulate women, Ross’s continuous devaluing of his ex-wife’s lesbian relationship, or the running joke of Monica’s former “fatness.” While Joey and Chandler are equally women crazy, Joey maintains a kind of sweetness while Chandler’s bitterness often comes across more creepy than comical. Also, in what I would not cite as its most valuable cultural contribution, Friends is credited with popularizing the term “friendzone” in its first season.

Ultimately, Friends is almost as much worth the watch as it was twenty years ago. Though some aspects are cringe worthy in retrospect, I’m glad to have revitalized my old friendship with a show that genuinely is timeless.