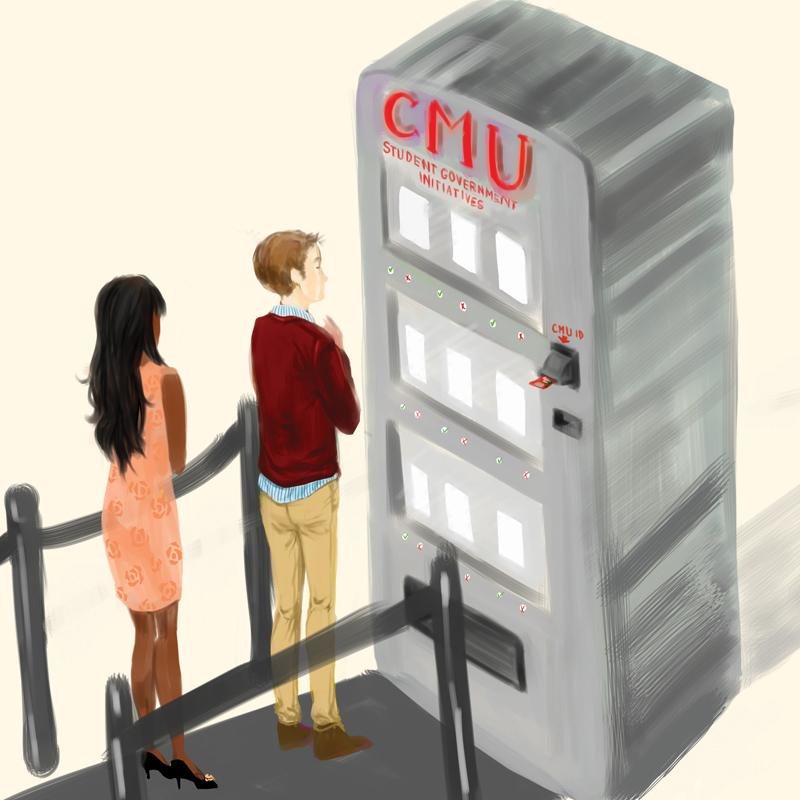 Halfway through any politician’s term, they can expect to be evaluated by their constituents and the media to gauge how effective their efforts have been and how much of their platforms they have achieved. And the university’s student body president and vice president are no different.

As election season looms on campus, it’s time for senior electrical and computer engineering and business administration double major and Student Body President Ian Glasner, as well as his cabinet, to reflect on what they’ve accomplished and the work ahead, both for them and the executive body that will follow.

Last March, during the debates, Glasner and his running mate, senior biological sciences major and first year accelerated master’s candidate Shalini Ray, ran on a platform that focused on the student experience and how students could have a greater hand at influencing campus affairs.

Part of his ongoing effort to gauge student interest is a website that allows students to both submit new ideas for initiatives and to vote on five rotating initiatives. “Looking at the student body and its preferences last year, I found it hard to gauge what students were interested in and what they wanted. I wanted a tool to help create a better understanding of how student government could more appropriately address students’ needs,” Glasner said. According to Glasner, the soft launch at the end of last semester yielded approximately 400 student votes.

“We used the last launch to gauge how well it would work for the student body and plan to advertise it further this semester,” he said.

On Thursday, Glasner reached out to the campus community via email to officially launch the website, asking that students “take 30 seconds” to login and indicate which ideas they supported, which include dormitory alcohol policy, shuttle and escort services, the university’s moratorium policy, cross registration programs, and a healthy campus no-smoking initiative. Glasner and his administration will use the votes to help indicate which areas of their platform they need to focus on in their term’s second half.

According to Glasner, he’s focused on the policy behind the practice — or why the university is run the way that it is — and how that can be made more efficient and consistent across campus. One of the most important issues, both to him and to his constituents, is the revision of the dormitory alcohol policy that governs campus. The initiative currently has the highest number of votes on the website, at 374 at the time of publication, compared to the second highest number of votes at 368 for expanded shuttle services to local neighborhoods during non-peak hours.

“Last year, when I took office, [we] found discrepancies in how each dorm executes the policies set forth by the administration, and are now working with the administration and student life to put everyone back on the same page. Everyone is governed by the same policies and therefore should be implementing the same practices,” Glasner said. Glasner’s administration has also been focused on the housing and dining prices and policies.

“I’m very excited about the improvements that housing and dining have made to their facilities, but prices need to be lowered,” Glasner said. Through student advisory counsels and lots of conversations with administration, Glasner feels that the dining services on campus have seen a vast improvement during his tenure in office, citing longer hours, healthier options, and a more open channel of communication with Pascal Petter, the new director of dining services.

Glasner hopes that the website will remind students that student government is working for them, and that the future student body presidents will continue to use the site.

The new student government website can be accessed here.