“Proud to Be Plaid” doesn’t mean eager to donate 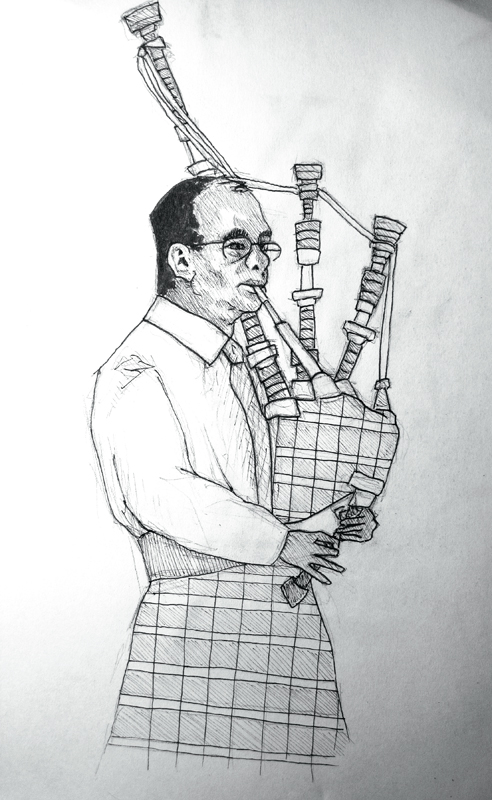 About a year ago, Carnegie Mellon announced a new program, Proud to Be Plaid, which “works to encourage higher rates of giving among Carnegie Mellon students by unifying colleges, classes, and organizations,” according to the Student Initiatives website. The program was part of a larger push from the administration to raise the annual giving threshold for the entire school.

These donations would help the overall ranking of our school, according to the Why We Give page on the Alumni/Giving website for Carnegie Mellon. In fact, according to the US News & World Report, alumni giving accounts for 5 percent of a school’s ranking in their “best colleges” report.

Alumni giving is important because it indicates that alumni feel their experience at the college or university has been worthwhile. Statistically, more alumni give with higher frequency to schools that satisfied them, and Carnegie Mellon is attempting to stay competitive by rolling out these new fundraising programs.

Naturally, some students have been unsettled and even angered when the school they are paying tens of thousands of dollars to attend asks them to donate more money. However, The Tartan feels that it is important to see both sides of this issue.

While it is certainly upsetting to be asked to spare more from the meager student budget, Carnegie Mellon is trying to better the school as a whole. An increased ranking could improve potential for employment after our time here is done, improve the respect that the university’s name garners all over the world, and — somewhat ironically — improve alumni giving.

Greater donations from alumni would improve student life here on campus, from scholarship opportunities to building improvements. These donations clearly have a lot of value, both for students still in the midst of their Carnegie Mellon experience and for alumni who are out in the world representing the education they received here.

It remains, however, that students just don’t see all of the benefits from this program. In the middle of strenuous semesters when money is tight, it hurts to be asked to tighten pursestrings even more, especially for abstract reasons.

Perhaps, to compromise, the university should concentrate more on soliciting alumni donations from those who are done with their Carnegie experience and out in the real world.
Current students could help fundraising efforts by showing off their accomplishments to alumni, proving that the school would use their donations to fund students who deserve it.

The program could still raise the bar for alumni giving while taking the strain off of current students, and the university could show that they sympathize with the student body. Furthermore, increased transparency and openness from the administration, including communications detailing why these donations are important and the true benefit that they will have for students is incredibly important for the success of this program.

The alumni giving rate at Carnegie Mellon isn’t competitive with that of its peer universities, and there are ways to change that. But simply rolling out new programs and new expectations isn’t enough: there must be a cooperative effort between alumni, students, and administration to make this program a success.