Alumna urges students to slow down 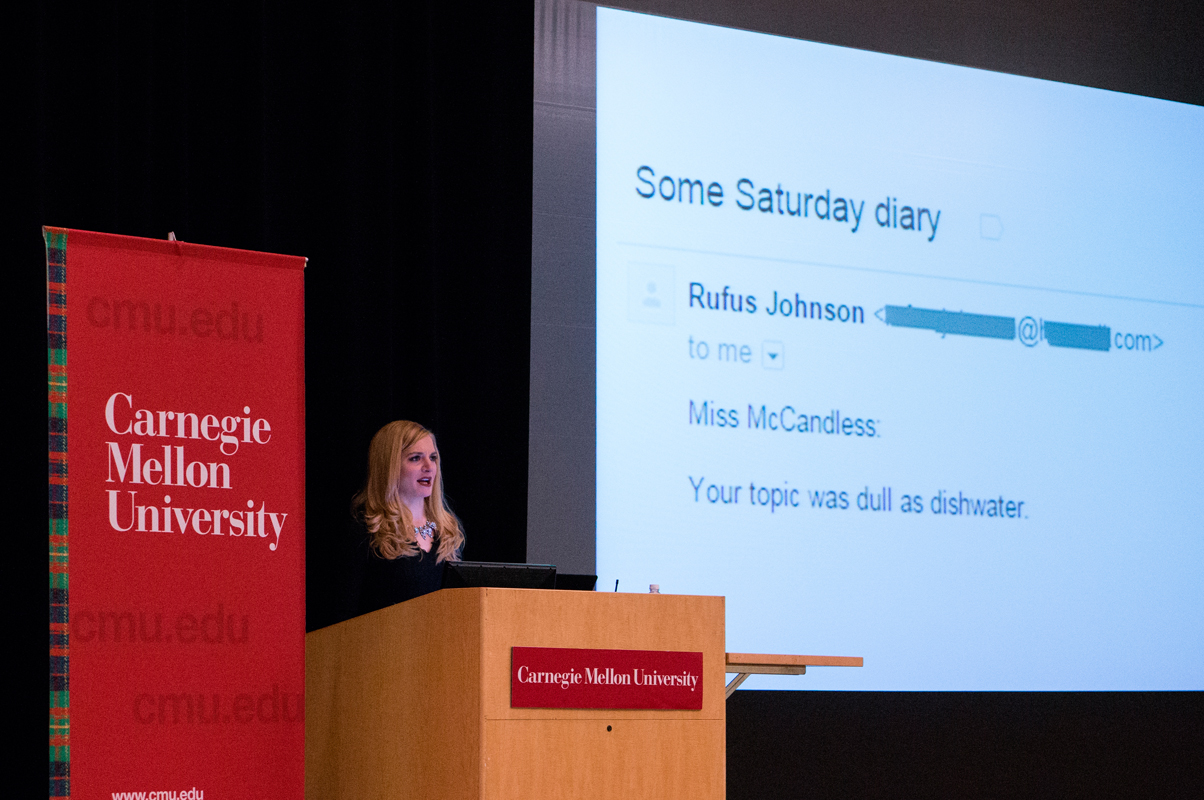 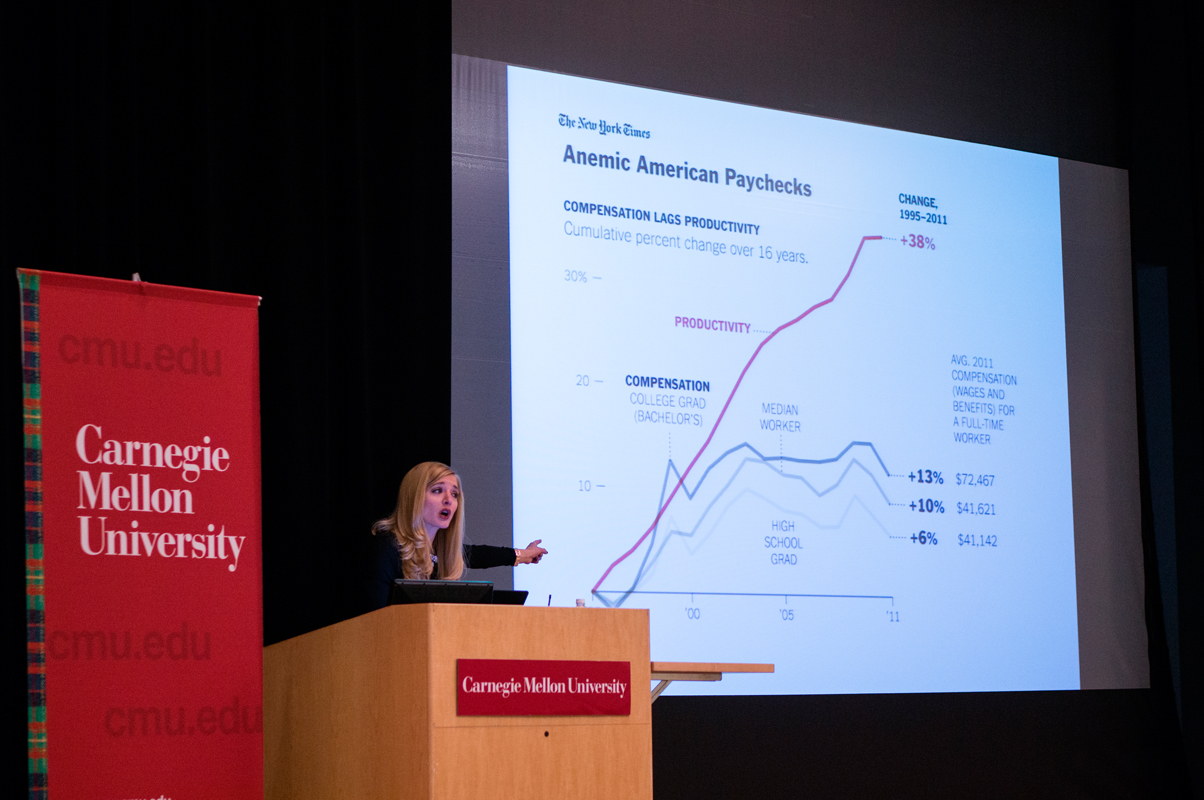 The biggest challenge students at Carnegie Mellon face can be summed up in one sentence: There are a million things to do, but never enough time to do them all. Most students do not even realize just how busy they are. Brittany McCandless (DC ‘08) was one of these students who was too busy to notice that she was too busy.

McCandless, an associative producer for CBS Evening News, graduated from Carnegie Mellon in 2008 with a bachelor’s degree in professional and creative writing and a minor in international relations and politics. During her time at Carnegie Mellon, she was both an Orientation Counselor and Head Orientation Counselor, news editor for the Tartan, and a member of the Lambda Sigma honors society. She also led a Girl Scout troop in Squirrel Hill and a newspaper adviser for Sterrett Classical Academy. Needless to say, McCandless’ plate was always full.

During a late night discussion with her best friend about campus culture, McCandless realized that being busy had become a competition. In her words, “You couldn’t just do one thing. Your worth as a student and thereby a person was based on how busy you were.” McCandless’ talk, “Does Busy Mean Better?”, hosted by the Carnegie Leadership Consultants(CLC), was born from what’s infamously referred to as the “I got less sleep than you did” game or “competitive complaining.”

Last Friday McCandless gave her talk to an audience of students and faculty alike. She discussed the environment at Carnegie Mellon, delved into the student psyche and narrated personal experiences, including showing everyone her college planner that she’s kept since she graduated from Carnegie Mellon. Following her talk, student leaders facilitated a workshop, in which students were grouped together to share their opinions and experiences.

In her talk McCandless displayed statistics that show a rise in percentage of students being affected by the competitive nature being associated with business, especially among first-year students. Studies conducted by the University of California Los Angeles indicate that over the past five years, the number of freshmen who feel overwhelmed by the need to be busy has risen from 27 percent to 34 percent.

Jivika Mangwani, a first-year Psychology major, can attest to that. “I personally feel like it does affect freshman a lot, especially as an international student. It’s a new vibe and you’re just figuring a college out, and then you see all these people ‘busy’ doing so much.”

These topics were deliberated on at length during the workshop segment of the event and provided students with an array of varying perspectives that elicited a positive response. “I thought that Brittany provided a very important perspective to our campus’ students in a way that was incredibly relatable,” said senior chemical engineering major and group discussion facilitator Evan Starkweather. “She managed to discuss a very serious topic with humor and grace. It was refreshing. I also thought that the discussion afterward was a really nice way to help start a dialogue within our community.”

During an interview, McCandless credited Carnegie Mellon for her success, despite her rigorous college life. “Being in this environment meant being surrounded by brilliant, engaged minds who were very into the things they did. This produced an energy and excitement that inspired me when I was here and that I carry with me today,” McCandless said. “I have a base of knowledge which I can work with on a daily basis because of the people from various disciplines that I interacted with, and this is very valuable. “

McCandless urged students not to make the same mistakes she did to get the most out of their college experience, telling them that “Busy is not a badge of honor. It is not a status. Be efficient with your time and allow yourself the time to relax.”