Weighing the cost of on-campus housing 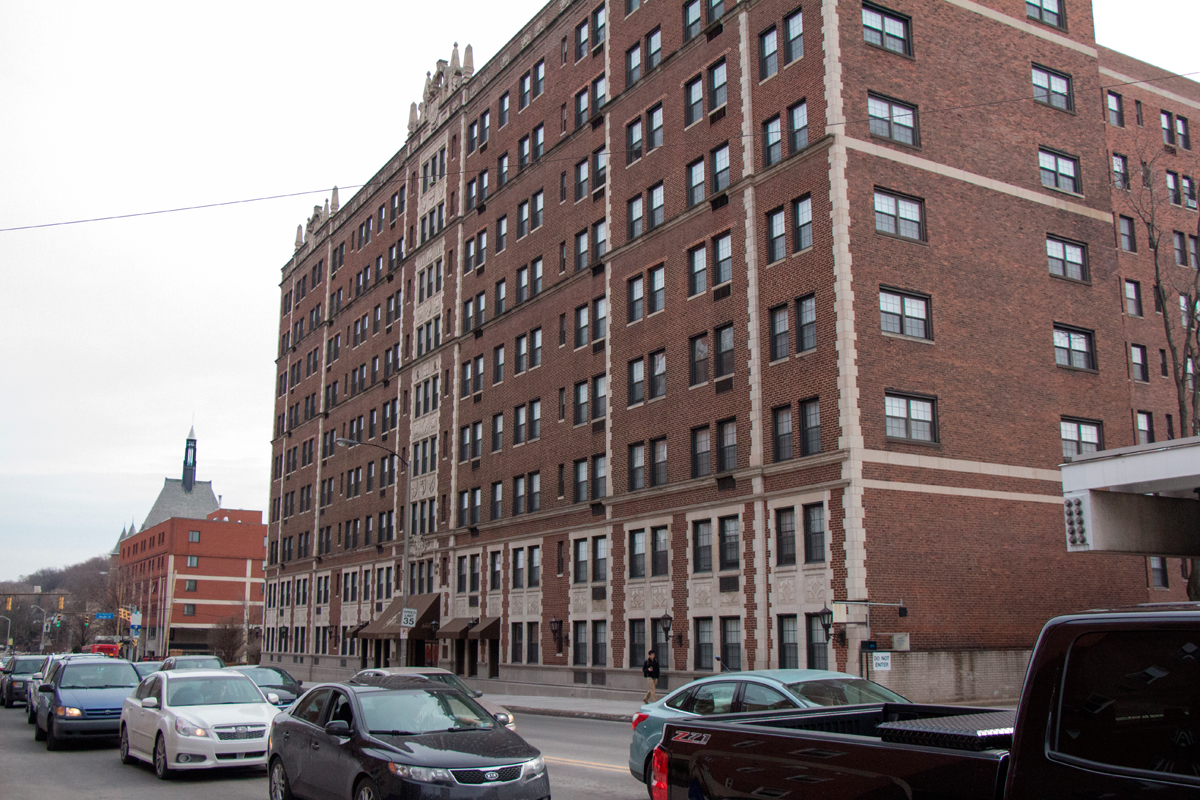 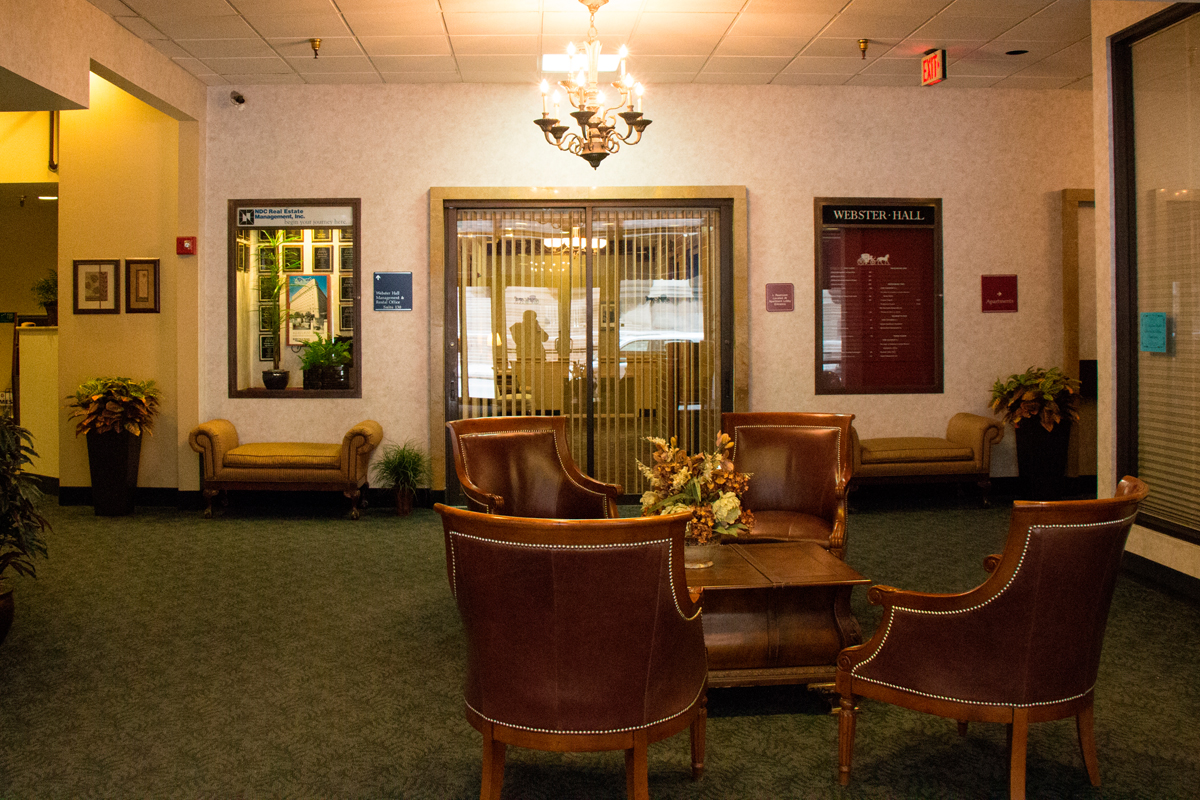 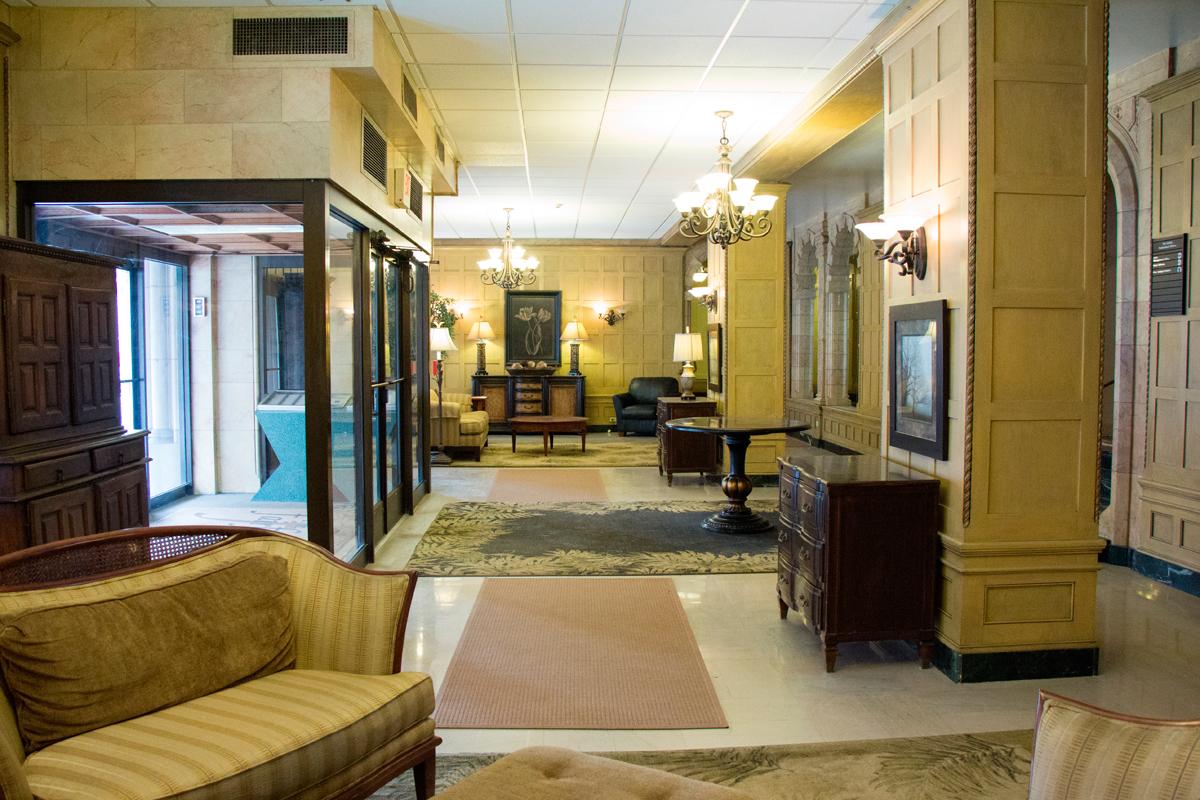 When it comes to housing at Carnegie Mellon University, after students’ first year, two of the most luxurious options for those looking to live on campus are Webster Hall Apartments and Fairfax Apartments. While both are owned and operated by NDC Real Estate Management, Inc., Carnegie Mellon leases numerous apartments in both buildings.

Around half of all apartments in Webster Hall are leased to Carnegie Mellon, according to Director of Housing Services Thomas Cooley. Each room is equipped with air conditioning, a full bathroom, and complete kitchen with a garbage disposal and dishwasher. Residents don’t have many official communal spaces outside of the laundry facilities and elevator, but each apartment has a decent amount of space. The school provides cable and Internet hookups, but students need to bring routers, request a cable box, and their own televisions to take full advantage of them.

Similar amenities are available in Fairfax Apartments. Up to three quarters of the apartments in the building are leased to Carnegie Mellon, meaning that a larger portion of the people a resident might meet in the lobby or elevator are also students. Not all of the students in these buildings, however, rent through Carnegie Mellon.

Some apartments in both buildings are available to the general population, including students not in the housing pool, such as those who have already moved off campus. Senior creative writing and professional writing double major Elana Goldberg is one of those students. She and her roommate lived in separate sorority houses their junior year, but moved into Fairfax to live together again near campus.

There are certain advantages to renting directly from NDC Real Estate. NDC currently charges $1,245–1,295 per month for one bedroom apartments. Goldberg says that she splits this rent with her roommate, as well as another $140–150 for utilities, including an Internet package. That comes to a total of about $7,225 to rent their one-bedroom apartment for ten months at a cost of $1,295. If she and her roommate rented through Carnegie Mellon’s housing services, Goldberg would pay $9,450 for the 2014–15 academic year, according to rates provided on Housing Services’s website. Next year, housing through the university in a one-bedroom Fairfax apartment will cost $9,770 for students with another academic year ahead of them.

There are, of course, advantages to living in one of the apartments leased by Carnegie Mellon. Utilities and cleaning services are included in that price, and every room has a full compliment of furnishings, including armchairs, coffee tables, kitchen tables, and lamps, all beyond the standard residence hall compliment of desks and beds.

“There’s new furniture in a lot of spaces,” Cooley said of the rooms in Fairfax. The school pays for the replacement and repair of all that furniture, and there is a regular turnover. “Every mattress [in Fairfax] was swapped out over the summer.... We spent a good month moving furniture.”

Regular repairs and upgrades to the apartments, especially larger and more costly ones, are part of the reason for the higher university costs, said Cooley.

In Fairfax alone, 20 kitchens are going to be upgraded, and the plumbing in an entire vertical “stack” of rooms will also undergo refurbishment. The bathrooms in the building mostly date back to Fairfax’s original construction in the 1930s.

“Profit margins on those spaces are very low,” Cooley said of the higher rent on the Carnegie Mellon leased rooms. “We don’t lose money, and we don’t break even,” he continued. “But the majority goes to covering the leasing. We pay the utility overhead cost, and facilities staff.” The money is almost entirely spent on running and improving student housing, Cooley said.

He also mentioned the benefits of cleaning services for students living through university arrangements.

Eric Pederson, a senior biological sciences major, lives in Webster Hall Apartments, located across the street from the Mellon Institute where he does most of his work. He, for one, really appreciates these services.

“CMU’s Housing policies are usually pretty easy to live with, based on my own experiences. They’re fairly easy to work with when it comes to quick day-to-day issues like lost keys or maintenance requests.”

Pederson will pay $9,450 ($9,770 in 2015-16 ) for this academic year spent in a one-bedroom Webster Hall Apartment. According to the NDC Real Estate’s website for Webster Hall Apartments, the most expensive one-bedroom units go for $1,350 per month. If Pederson and his roommate split the NDC rent two ways for ten months, Pederson would pay close to $7,500 if his utilities and Internet bills cost roughly what Goldberg’s do.

Pederson said that he wouldn’t mind paying less for his room, but he appreciates the simplicity of only having one bill to pay.

“It makes it easy to do less paperwork,” he said, and added he wouldn’t want to try going it alone. “I think it’s a very attractive option for some people, especially if you’re on a tight budget, but it’s not for me.”

Cooley said that in addition to furnishings and a sizable full time support staff including Resident Assistants, security provided by Carnegie Mellon’s police department, and a maintenance staff considered to be very responsive by students, there was one thing in particular that draws students to their units. “The big advantage is I provide student life. You don’t get that on your own.”

However, Goldberg doesn’t feel like she is missing out on that advantage. “Maybe [it’s] because I’m a senior and over it, but I don’t miss that. As a sophomore or a junior, you might want that ... but as a senior it’s kind of like you want to be out of that loop of floor meetings and [mandatory] activities.”

Through savvy shopping and knowing students who graduated previously looking to get rid of their own furniture, Goldberg says that her and her roommate were able to furnish their apartment for no more than $1,000. According to myfirstapartment.com, a complete set of Ikea furnishings for a small apartment can be had for $1,800.

Even using $1,800 as the cost of furnishings in combination with an estimated rent and utilities fee in line with Goldberg’s, the rate for a one bedroom apartment in Fairfax with two people sharing the rent, comes to a cost of $9,025 this year using the $7,225 price point for Fairfax if only one person pays for all furnishings. Carnegie Mellon charged $9,450 for 2014-15.

When it comes down purely to price, renting through NDC instead of Carnegie Mellon offers a pricing advantage to students.

Still, for underclassmen, losing the sense of community and the support staff provided by living in Carnegie Mellon leased apartments may have a larger impact than it did for Goldberg, and many students could deprive themselves of an important part of the college experience.