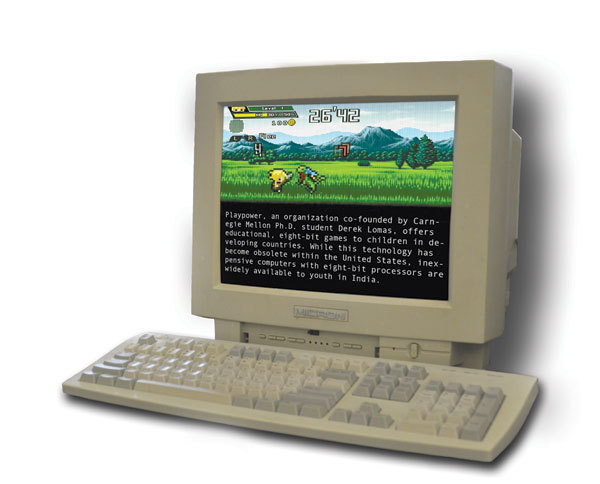 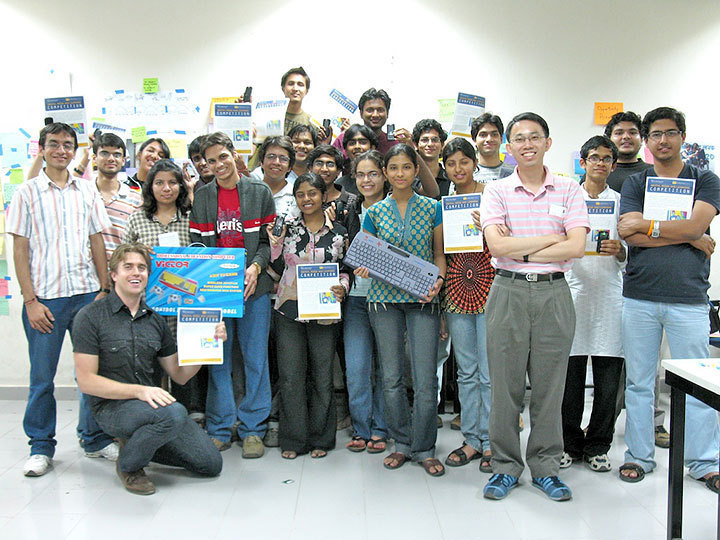 Thanks to a grant from the MacArthur Foundation, Lomas’ games will be distributed to underprivleged children in developing countries across the globe. (credit: Courtesy of Derek Lomas)

Oregon Trail and Lemonade Stand games on an Apple II computer probably raise a sense of nostalgia among many who played these games as children. Although obsolete in the United States now, eight-bit games are making a comeback for educational purposes in developing countries through the work of Ph.D. student Derek Lomas at the Human-Computer Interaction Institute (HCII) and his organization, Playpower.

The original inspiration came from a 2007 internship with Qualcomm in India, where Lomas noticed inexpensive computers, about $12 in U.S. dollars, being sold in Indian markets. While experimenting to see how well the computers, based off only an eight-bit processor, worked, he discovered that they had the ability to play video games similar to Nintendo Entertainment System (NES). With most of the NES patents expired and a wealth of information left by hackers of the system, this seemed to be a perfect opportunity for Lomas to begin creating free educational video games for a new generation of learners.

“It is exciting to see games like these being made available at little or no cost to students around the world and re-creating the cycle of educational impact,” said Daniel Siewiorek, director of the HCII.

An idea that generated interest among volunteers was of incorporating Hindu mythology into the games, creating a cultural component to attract young users. “One of the goals of the project has to do with the fact that video games are a cultural expression that is only really expressed in countries that are rich enough to afford PS3. The idea that you could have games reflective of these cultures where it could be bought by a common person ... is pretty cool,” Lomas said.

For example, Hanuman, an ape-like god of immense power and a reincarnation of Shiva, is the hero in the first game. This game teaches typing not only as a skill, but also as a pathway to job opportunities. “Being comfortable typing on a computer might help not just to teach [users] to type quickly, but to give them a culture with computers. That is important,” Lomas said.

With the success of the movie Slumdog Millionaire in 2008, the second game will appeal to families in India. It is hoped that this quiz show game will encourage families to discuss topics together as they play it on their television screen. A third video game addresses the public health issue of malaria in India, as children kill mosquitoes and buy nets and kerosene for protection.

Awarded $180,000 in grants last year from the MacArthur Foundation, Playpower hopes to have the video games prepared for June to present to the foundation. After that, the games would be introduced into manufacturing and everyday households, rewarding the work of over 100 global volunteers. The collaborative effort also held a two-week workshop in India in December in which three Carnegie Mellon professors participated.

“I see Playpower as an initiative to develop a broader community who will work on e-learning games for underprivileged children in developing countries,” said Matthew Kam, Lomas’s adviser. “As such, Playpower is one mechanism for us to get our research results into the hands of real-world designers.”

Although Playpower has numerous volunteers, there are few in Pittsburgh. Lomas sees students as potential volunteers, as he suggests that volunteer work for Playpower could be incorporated into the classroom — especially with computer science and electrical and computer engineering students at Carnegie Mellon.

“Hardware hacking, assembly programming, music ... there are many ways students can help, even helping finish the designs of the games if they don’t program,” Lomas said. Lomas encouraged interested persons to visit volunteers.playpower.org.

Lomas explained that he feels his project has found a home at Carnegie Mellon. “Maybe the best thing is that I was able to come to Carnegie Mellon with this project because there is an acceptance here for doing research that has an impact,” he said.