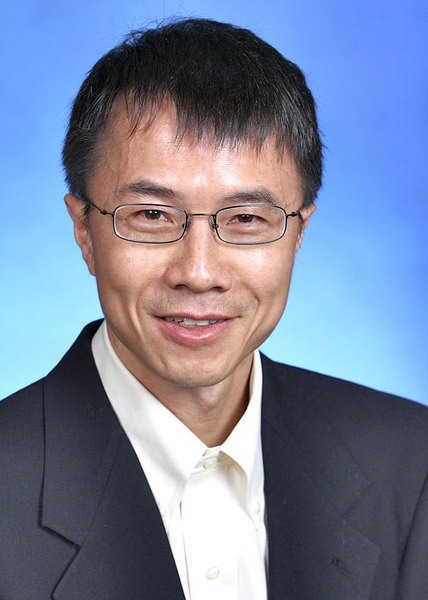 For finding information quickly, search engines have become an integral part of our lives.

Carnegie Mellon Ph.D. alumnus Qi Lu has a mission to improve that experience for Internet users through Bing, Microsoft’s search engine, which was launched in June 2009.

Lu, president of Microsoft’s Online Services Division since late 2008, is heading the company’s venture into the search engine market and, simultaneously, the competition against Google.

Raised by his grandparents in a poor, rural village in China, Qi Lu attended Furan University in China, completing his bachelor’s and master’s degrees in computer science. Lu was noticed by a Carnegie Mellon University professor at a lecture, and, as a result, traveled to the United States to obtain his Ph.D.

According to Mahadev Satyanarayanan (Satya), Lu’s Ph.D. advisor, Lu quickly became known for his work ethic, humble personality, and dedication to his studies.

“At the time when he was here as a student, he concentrated on his Ph.D. research and his thesis. He was focused and very driven,” Satya said. “The qualities that people have stay with them, regardless of what their roles are in industry and academia.”
Upon graduating, Lu worked as a research associate for Carnegie Mellon, then as a research staff member for IBM before beginning work at Yahoo! in 1998.

Formerly the executive vice president of Engineering for Search and Advertising Technology at Yahoo!, Lu is no stranger to competition with Google. Despite Google’s hold on search engine use, Lu is determined to advance Bing as a search engine capable of providing help in decision making, in addition to developing improved accuracy.

Unlike Microsoft’s previous experience with static software and computer innovation, development of Bing instead must adapt to a rapidly changing environment.

“The pace at which innovation happens in this search engine world happens so fast that you need to think and act differently,” Satya said.

Although Bing’s development has only begun, Microsoft’s search market share has grown from 8 to 11 percent since its inception, a promising sign of Lu’s efforts — though Google still has over 60 percent of the market share. These gains primarily took space belonging to Yahoo! and other lesser-used search engines, but they are a positive sign for Microsoft’s investment in Bing.

Though they are competitors in the market, students at Carnegie Mellon recognize the unique connection between Google and Microsoft, both as workplaces for graduates and as forces on Carnegie Mellon’s campus — offering grants, facilities, and funding faculty and sudent research.

“I think it’s really interesting, since we just built the Gates building on campus with the donation from Gates and Hillman [Foundation]. Our campus is really diverse with Google and Microsoft both being active here,” said first-year CIT student Bianka Roy.

“Obviously, right now, people like Google better and don’t really know what Bing is, but I feel like, with the developer being a CMU grad, it could get really big on campus. If I had known Bing was by a CMU grad, I would probably use it.”

Microsoft and Lu will face years of work in developing the Bing search engine, but according to his mentors, Lu is more than capable of that task.

“He is one of the most driven people I have ever known, and his determination to make Bing a success is remarkable,” said Randal Bryant, dean of the School of Computer Science.